Whether your child is 43 or 9, Star Wars is just one of those sagas that everyone can love.  There is something so magical about a movie franchise that spans decades, never losing steam, only gaining new diehard fans.  I admit, I never saw a Star Wars movie until after I started dating my now husband.  Over time, it became a love of mine which only strengthened when my kiddos came into the picture. 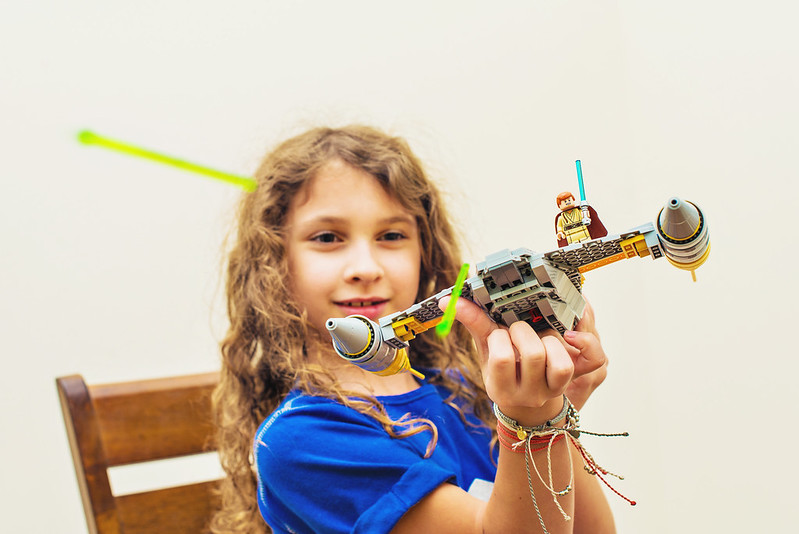 The movies play on regular rotation around here, especially 4, 5 and 6, but in between we now have the LEGO® Star Wars™: Droid Tales show.  We’ve seen two episodes so far and cannot wait for the third airing in about a week.  My daughter, Savannah’s comment was “it is a bit sillier and lighter than the movies” which is totally true.  The movies have a lot of serious drama to them and this animated series puts a funny spin to the saga.

The Star Wars universe is quite complex – so many different characters, worlds, ships and stories… I’m still trying to learn them all.  Savannah, 8, knows more than I do at this point thanks to LEGO sets and specials like LEGO® Star Wars™: Droid Tales, which you can find now on Disney XD via On Demand!  My toddler boy was also glued to the TV – he absolutely loves the Star Wars characters and this show has the cutest animations!

This day and post is all about Neil and his baby girl, Savannah, but you know I just couldn’t leave them alone.  To fuel their day of LEGO® Star Wars™ building, I decided to whip up a batch of themed cookies.  I wanted to keep them simple since the post isn’t really about the recipe, and I also wanted to keep the oven off because it is 111 degrees out today in Palm Springs.  No bake cookies seemed like the right way to go. 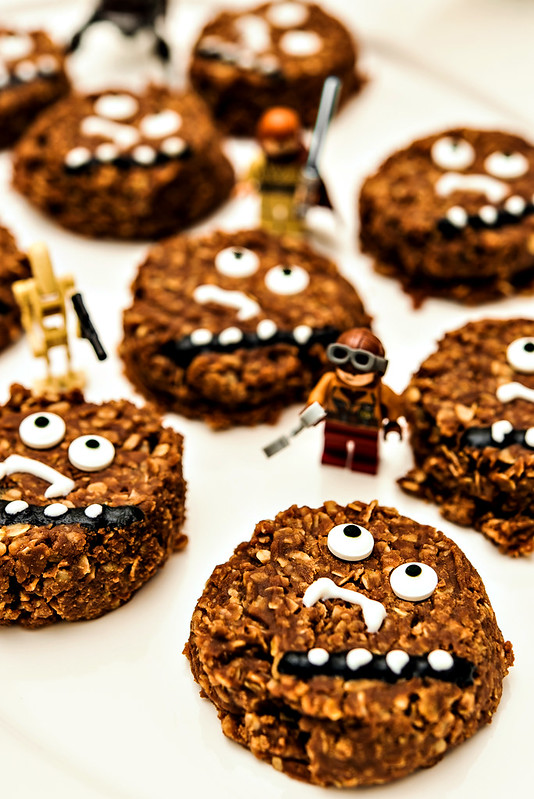 Chewbacca is a clear favorite character for me – I mean who doesn’t love trying to imitate his voice?  When wondering about making Chewie cookies, my thoughts went back to my childhood and these oatmeal peanut butter chocolate creations.  I’ve heard them called boil cookies before since that is the only cooking method used, but today they are Wookie Cookies and aren’t they cute? 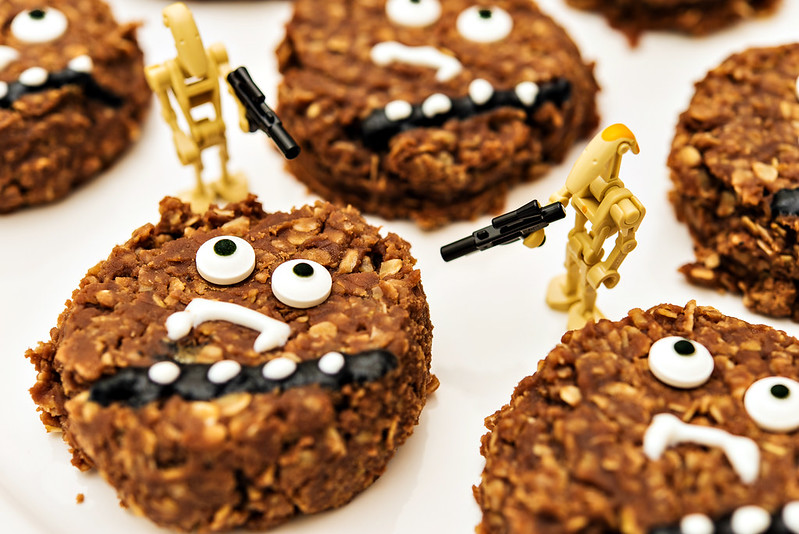 Okay, so I put out my Wookie Cookies… and maybe I had to make some Jedi Juice for them as well.  This is pretty simple.  I happened to have sparkling apple juice on hand, so I simply mixed in a little green food coloring (Wilton leaf green gel) and tossed in a few slices of lemon slices. 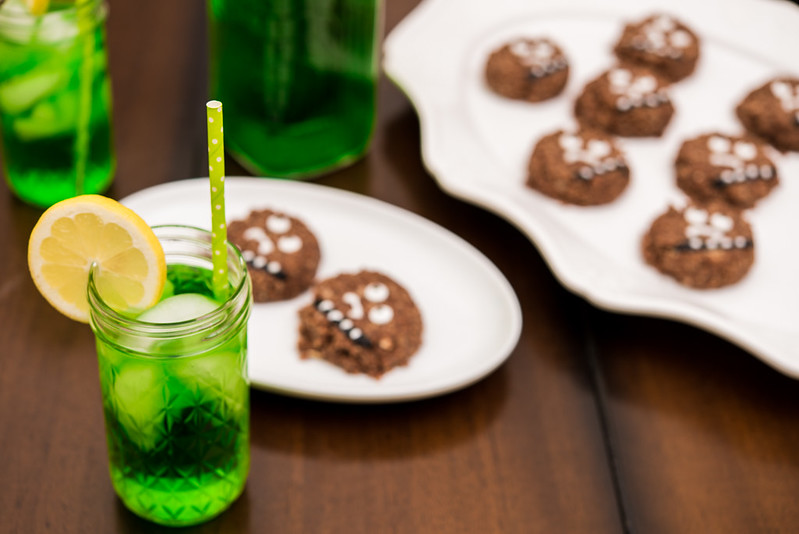 Neil and Savannah were squirreled away in the dining room for hours building the LEGO® Star Wars™ Naboo Starfighter™ set.  They have always loved building things together.  As Savannah got older, the building blocks got smaller…and as she got older, the sets got cooler.  It was a big day for Neil when Savannah started to expand her LEGO world from princess to… everything else, especially Star Wars. 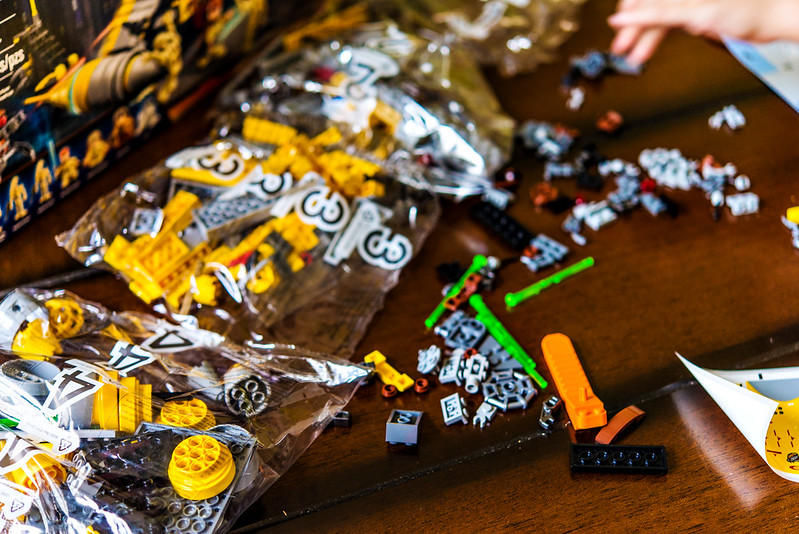 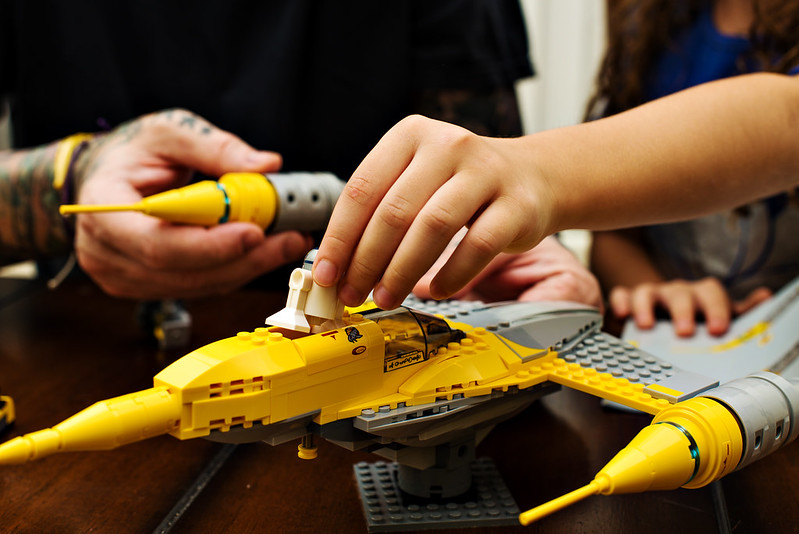 Isn’t it interesting when a fun build-and-destroy game like LEGO becomes a save-on-the-shelf prized piece?  Our daughter is 8, 9 in a few months and it is like everything is shifting.  She understands so much, can do so much on her own and her toys have become so sophisticated.  Even her LEGO creations have become model worthy of her shelves.  She is our oldest and I still am thinking, “wait, what?” 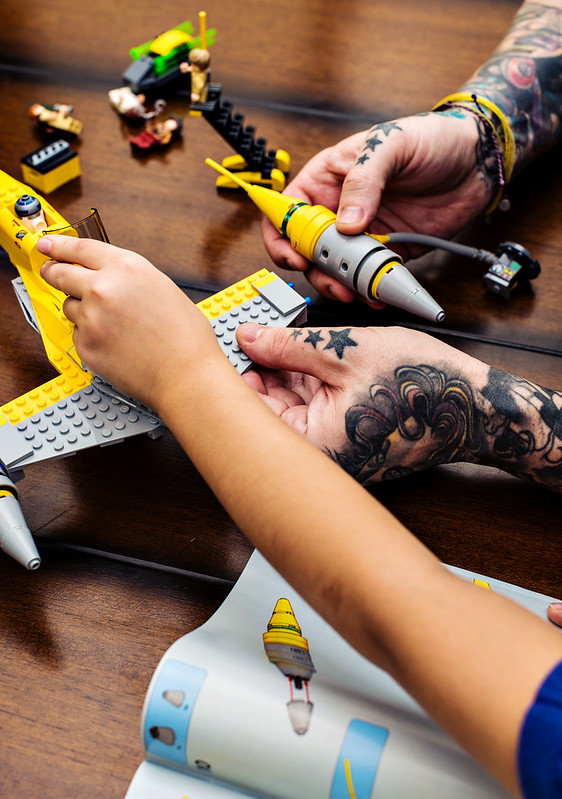 For as long as I can remember, Star Wars has been a big part of my normal life.  Being born in 1972, I saw all three of the original movies in a theater with my mom, which was amazing.  When I was in my room playing?  Star Wars.  If I was out playing with my neighborhood friends?  Star Wars.  When we would visit family or friends?  Star Wars.  Trading and bartering Star Wars toys was regular.

The moment that the VCR was invented, I knew that life had changed.  Star Wars, any time I liked (?!) look out, Star Wars all the time.  Now being a father, it feels only amazing to be reliving these moments with my kids.  Watching the movies, play acting the scenes, and building LEGO monuments to one of the most iconic milestones in my life.  It is something that makes me feel good and watching my children share in that special magic is priceless. 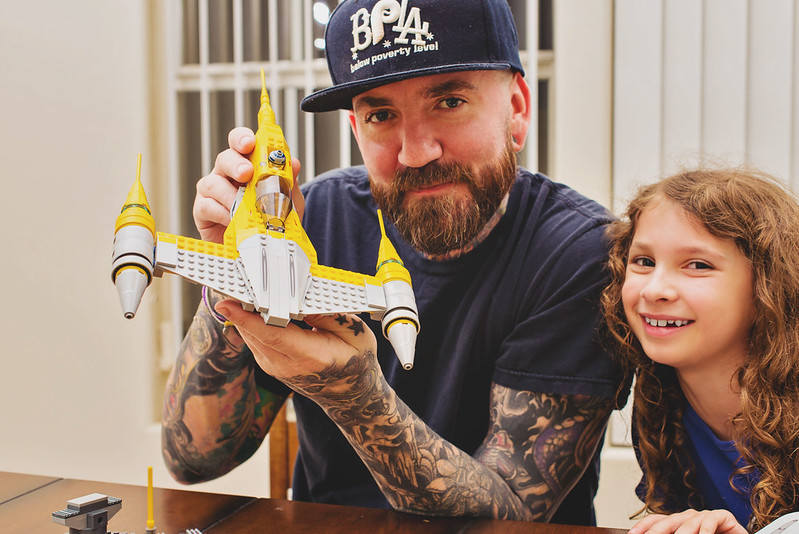 I went in to check on these two goofs and they had pretty much finished their Naboo Starfighter.  I’m the terrible girlfriend turned wife that is still trying to figure out what a Naboo Starfighter is, but my daughter and husband, well, that is their thing.  I think it is awesome for parents to have their own things with their kids, so, um, more Jedi Juice? 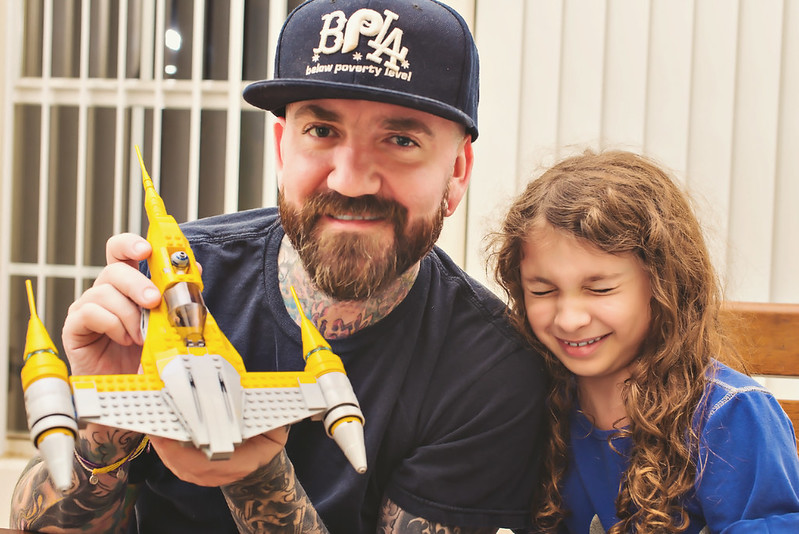 Then it was all about who could shoot the Starfighter further… 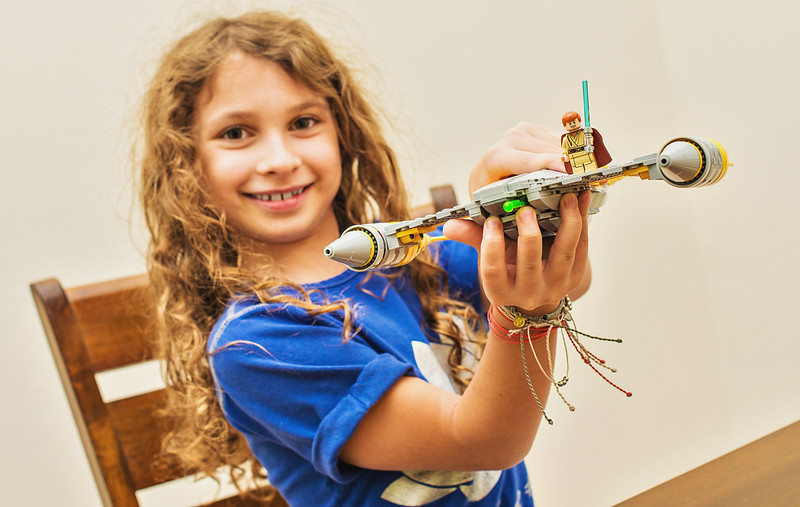 Who was having more fun, I’m not sure. 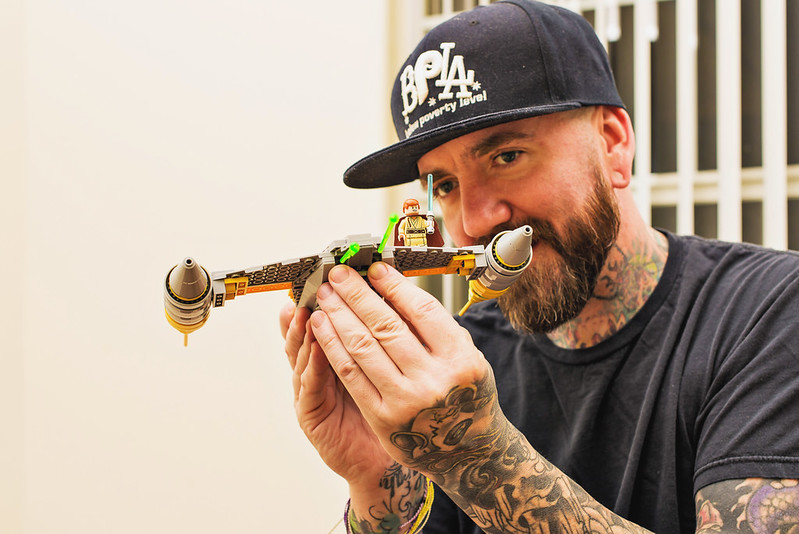 Start catching up on the entire Star Wars™ saga today with LEGO® Star Wars™ construction sets and the new Droid Tales series. Click here to start building the universe, and tune in to Disney XD for new Droid Tales episodes as the perfect way for families to learn or relive the saga before the new film comes out later this year.

I was selected for this opportunity as a member of Clever Girls and the content and opinions expressed here are all my own.

dirty kids, piles of laundry and a Maytag contest