This past weekend, Gabriel and I drove out to LA for a super fun Disney Junior event to celebrate Puppy Dog Pals, Gabe’s new favorite show.  Thank you Disney Junior for sponsoring this post.  We don’t often get to do things just the two of us, so I was really looking forward to not only the event but also the drive!  Anyone who knows Gabe, knows he’s a momma’s boy so he was excited too.

Before we headed out, we introduced ourselves to Puppy Dog Pals, a show about fun-loving pug puppies, brothers Bingo and Rolly.  They are thrill-seekers who venture off on exhilarating adventures around the globe.  Gabriel immediately fell in love with this show, demanding to watch all of the episodes available on the Disney Junior app – new episodes coming FRiYAY mornings this summer.  He couldn’t wait to go to the “puppy party” in LA! 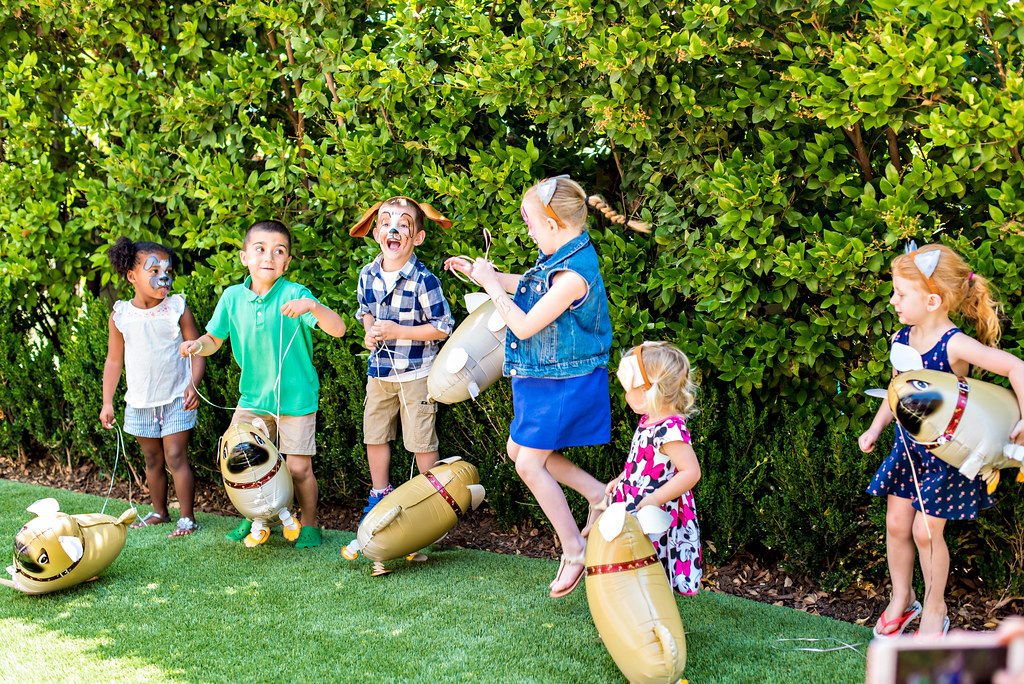 We arrived at the party and Gabe just took off down the puppy foot printed walkway.  I could barely snag a photo of him running up the pavers, lined with balloons and bubbles floating over.  This kid was ready to party. 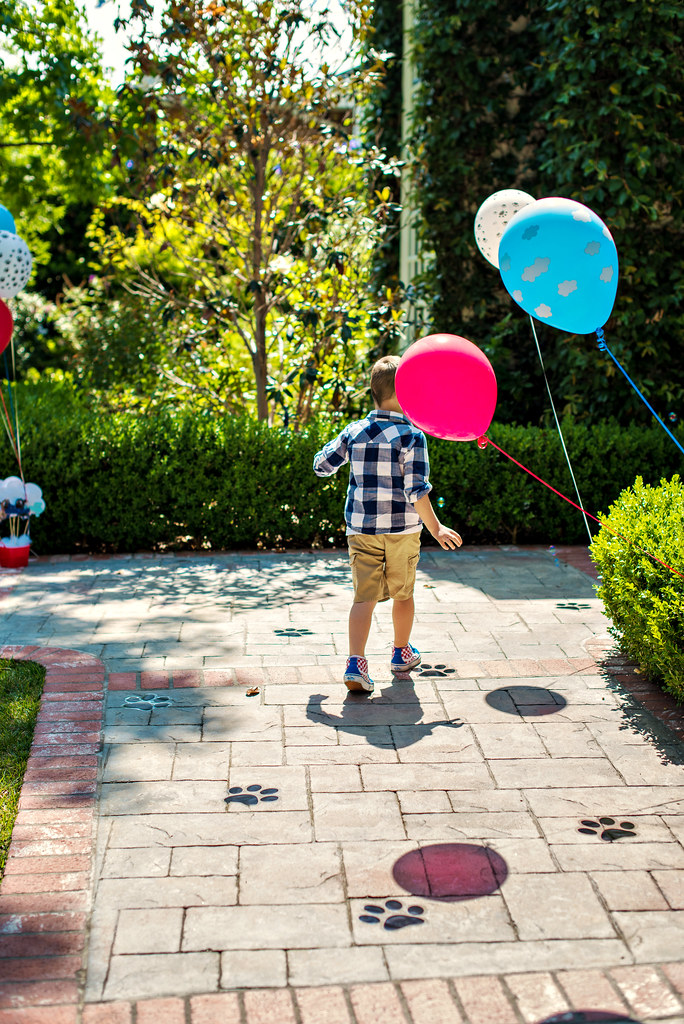 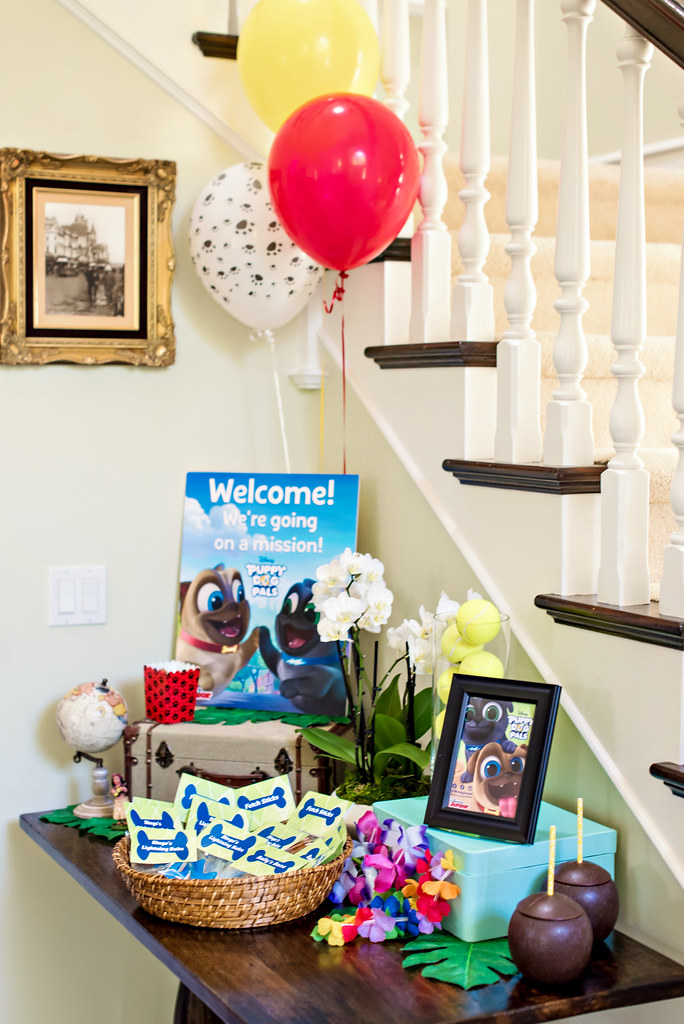 I had promised Gabe cake, without knowing if there would actually BE cake, so he ran into the house, grabbed a pair of puppy dog ears and headed right to the snacks.  The Pupcorn Bar was full of Gabe’s favorite snacks from popcorn to pretzel “fetch” sticks to cookies and cake pops. 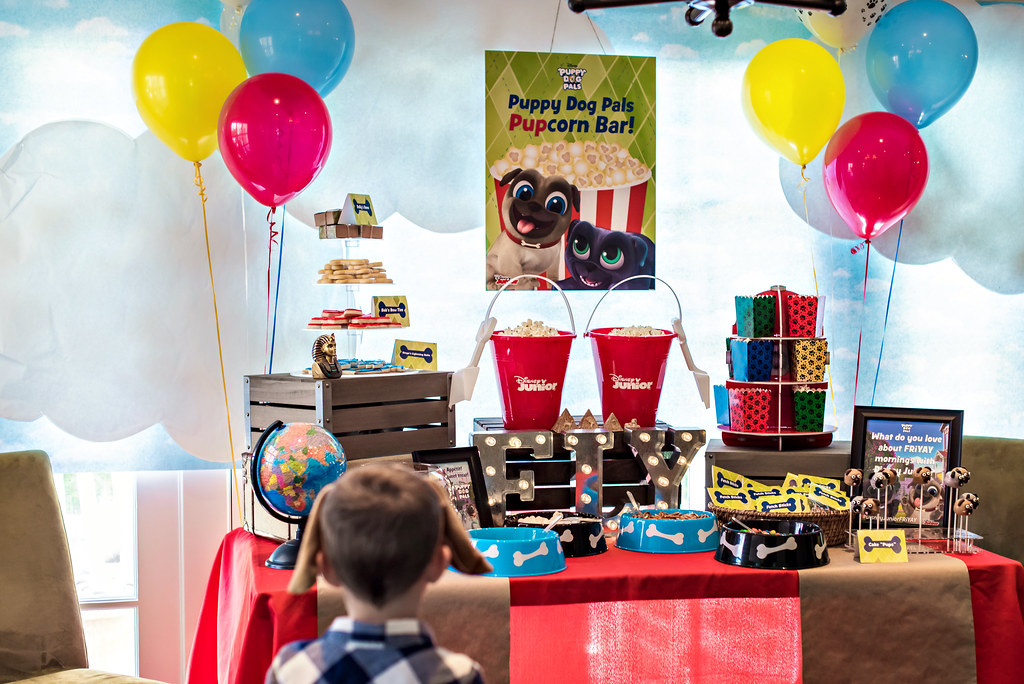 I was relieved to see the CUTEST “cake pups”.  Mom was right, there was cake after all.  Gabe wasn’t the first kid to notice these tasty pups! 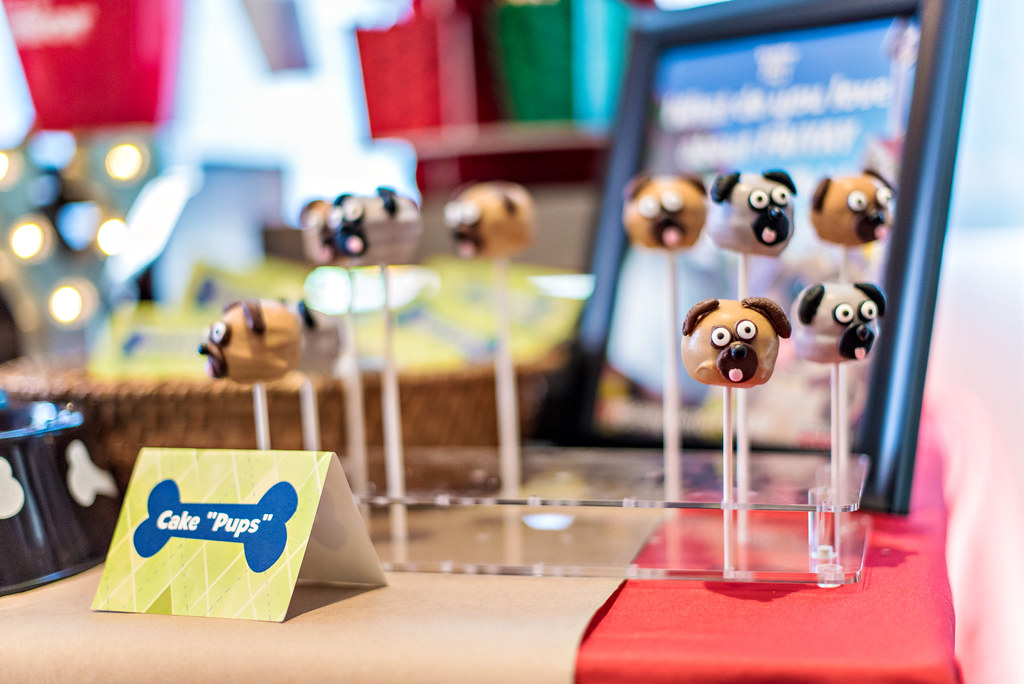 Seriously, how cute are these? 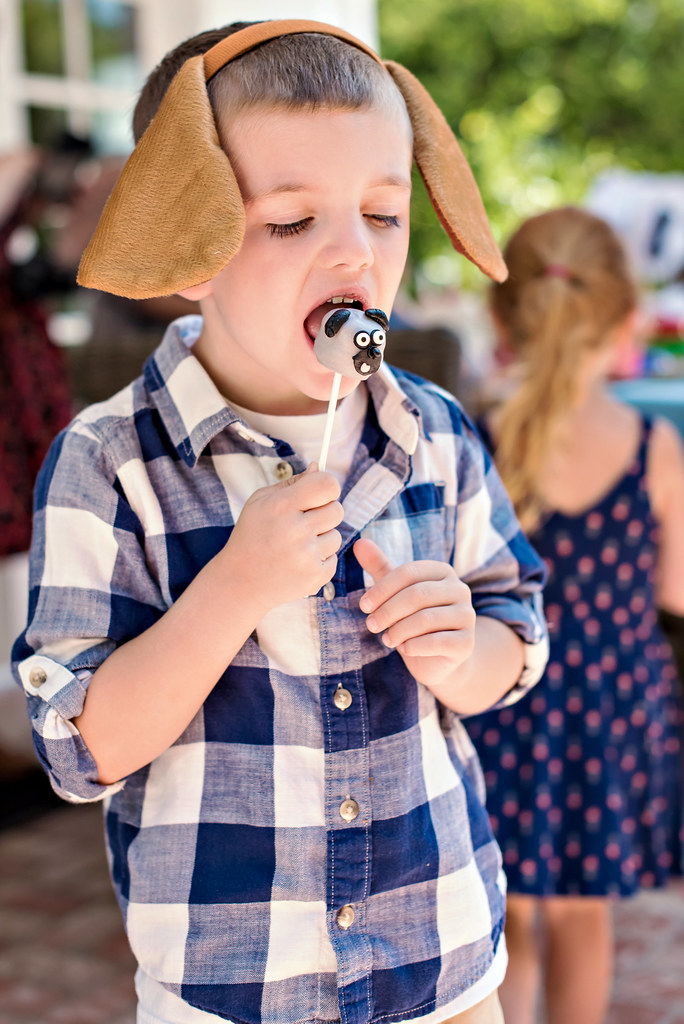 There were so many cute decorations around the party and different stations for the kids to enjoy.  Most of the kids seemed to be outside, so we wandered out that way where there were more snacks to enjoy, Gabe’s favorite, fruit! 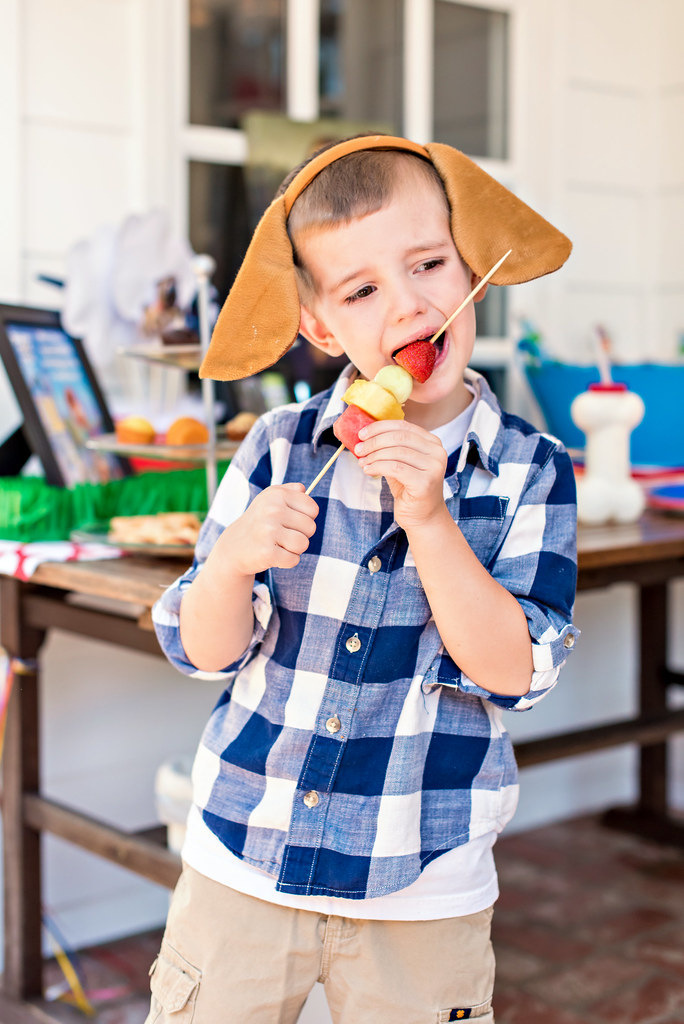 Once this kid was done thinking about food, the activity table was our next stop where there was all kinds of fun things to do – Puppy Dog Pals themed, of course.  You’ll notice there is a lot of travel items and that’s because these puppy brothers are always off to somewhere new – kind of like us! 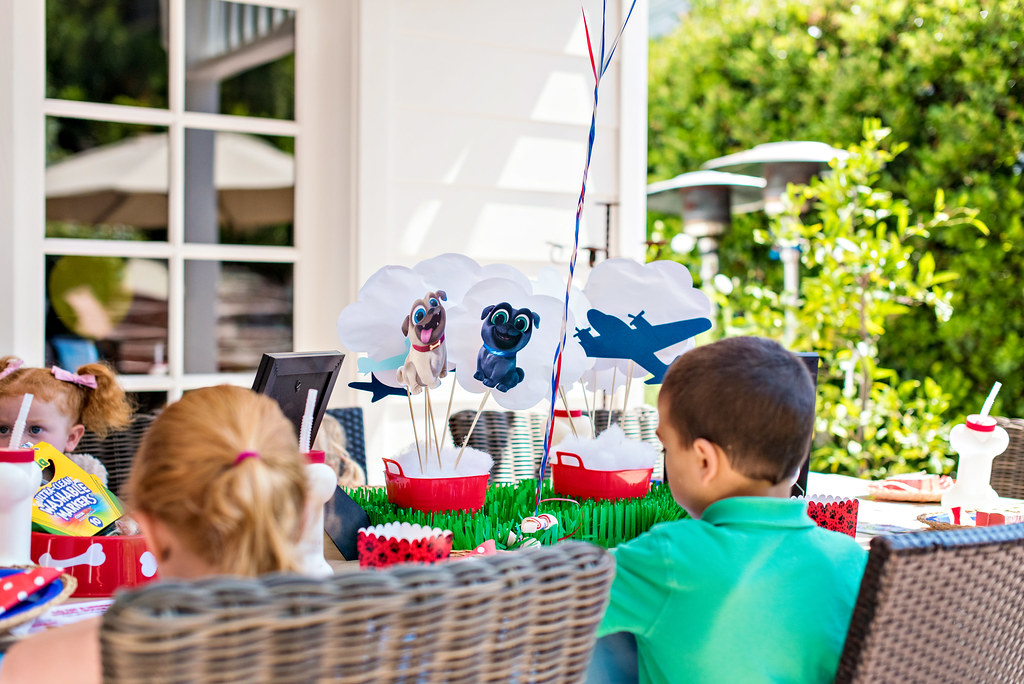 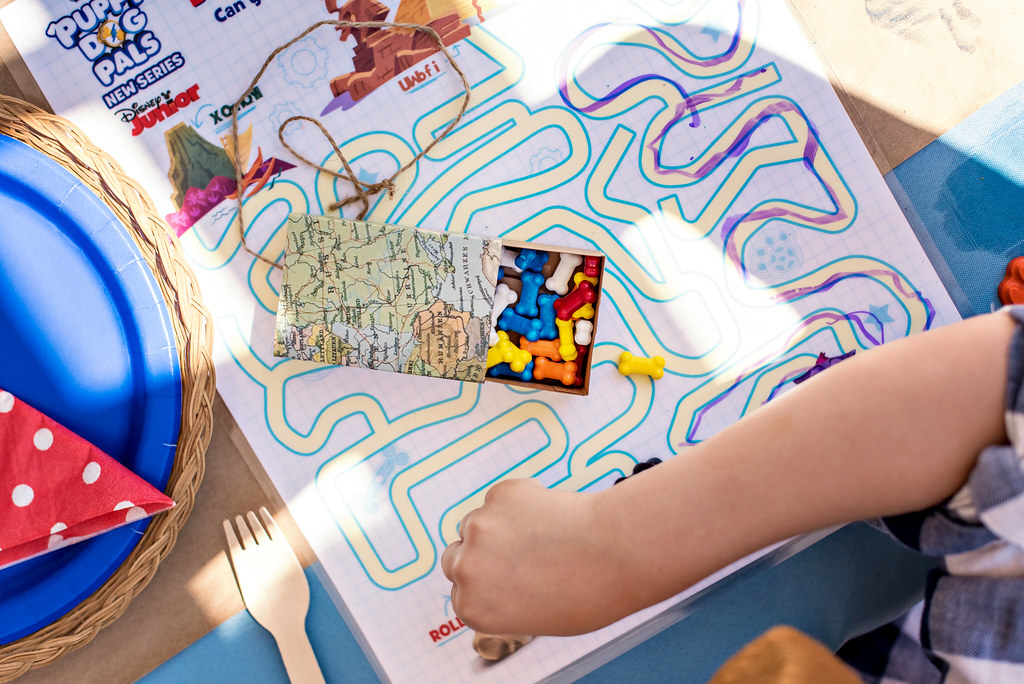 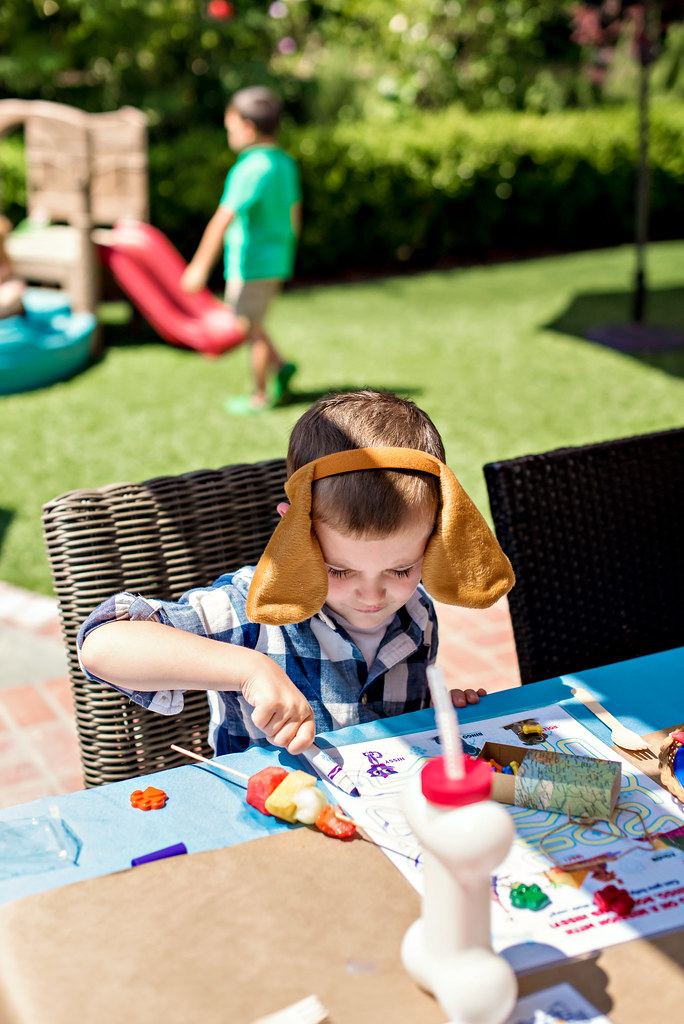 By now, we had gotten wind of the face painting station. Gabe loves having his face painted but he’s never been a puppy before.  He couldn’t wait to have his “puppy face” like some of the other kids already had.  She did a really great job and Gabe couldn’t have looked happier when she handed him the mirror. 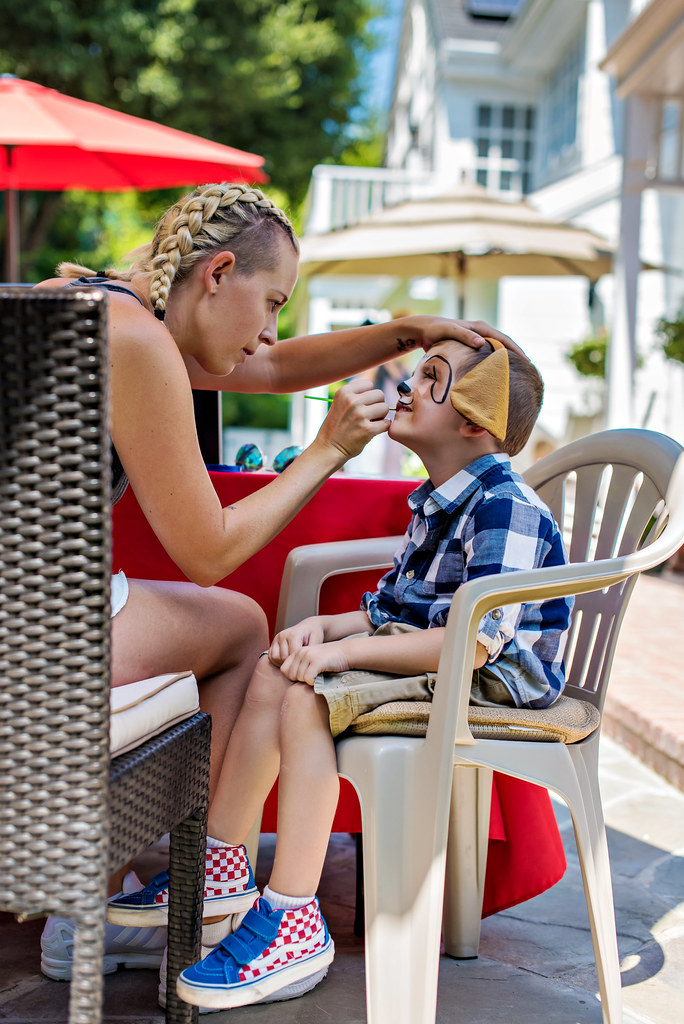 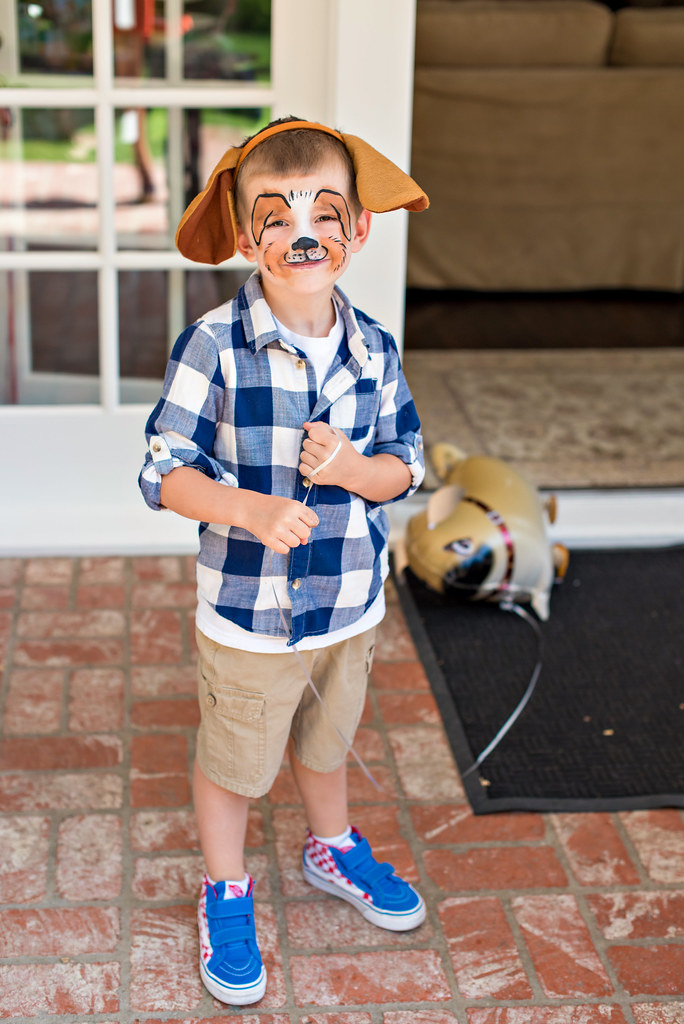 Did I not mention the pug balloons yet?  These were right at the front door and all of the kids were obsessed with them.  I don’t know if I’ve ever seen a cuter balloon and Gabe “walking” his all day?  forget about it.  The feet on this balloon were tiny accordions so the pug really could stand and thought that was hilarious. 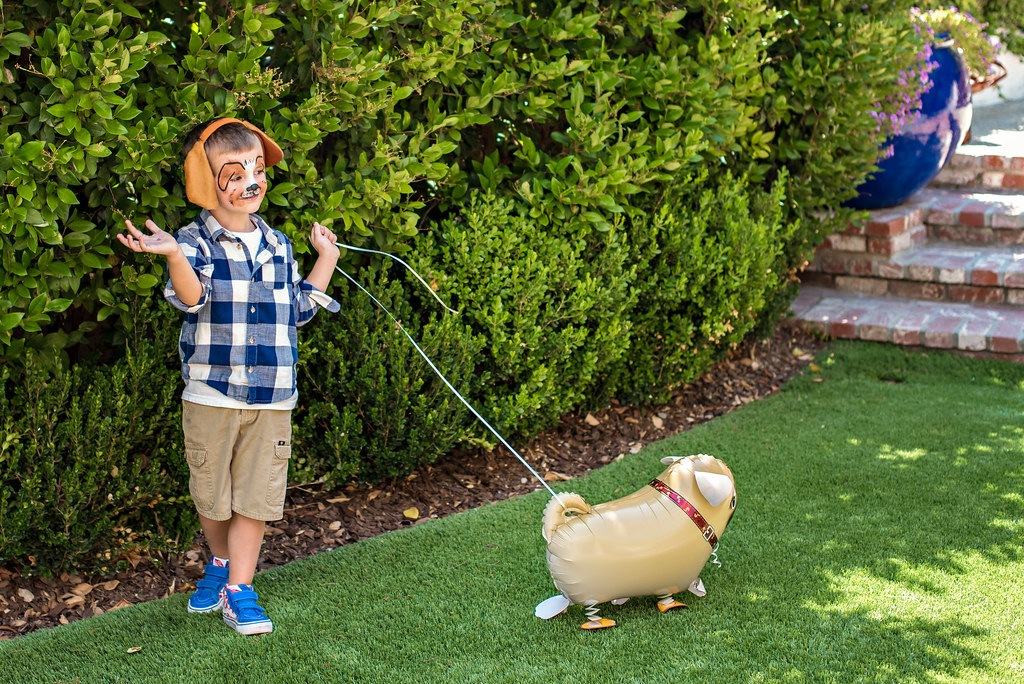 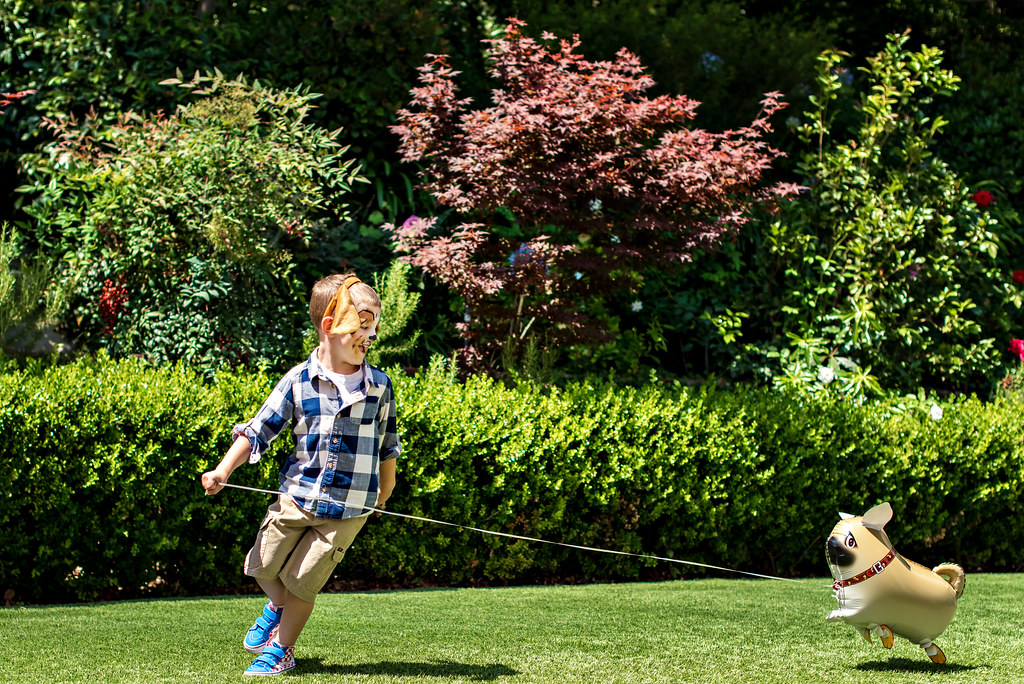 Wherever Gabe went, his new balloon pal went too – including down the slide!  I can barely even handle the cuteness. 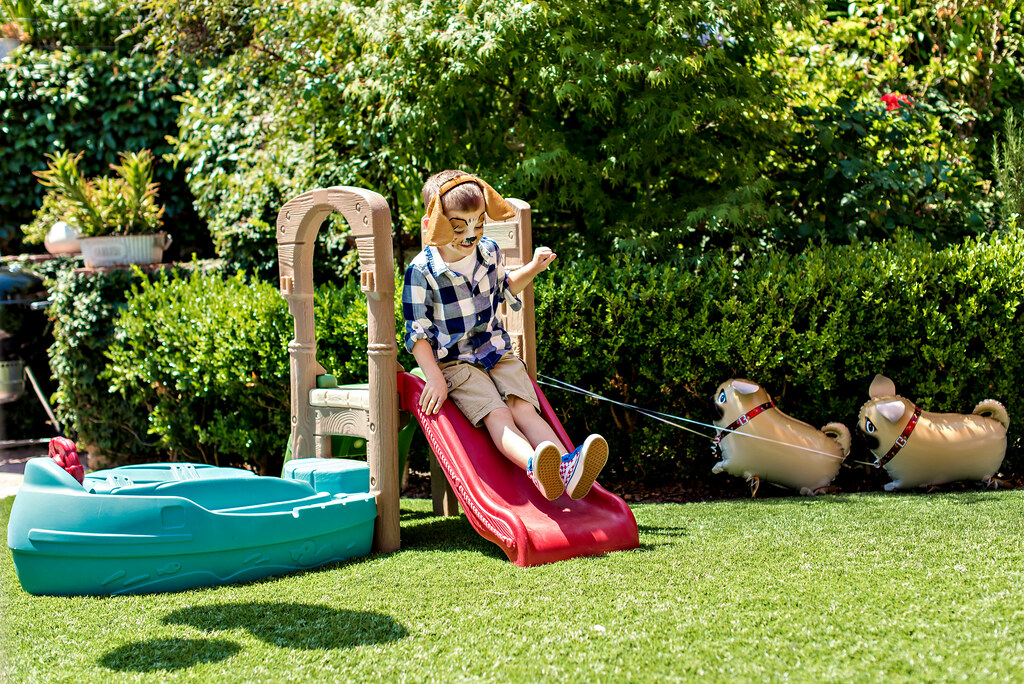 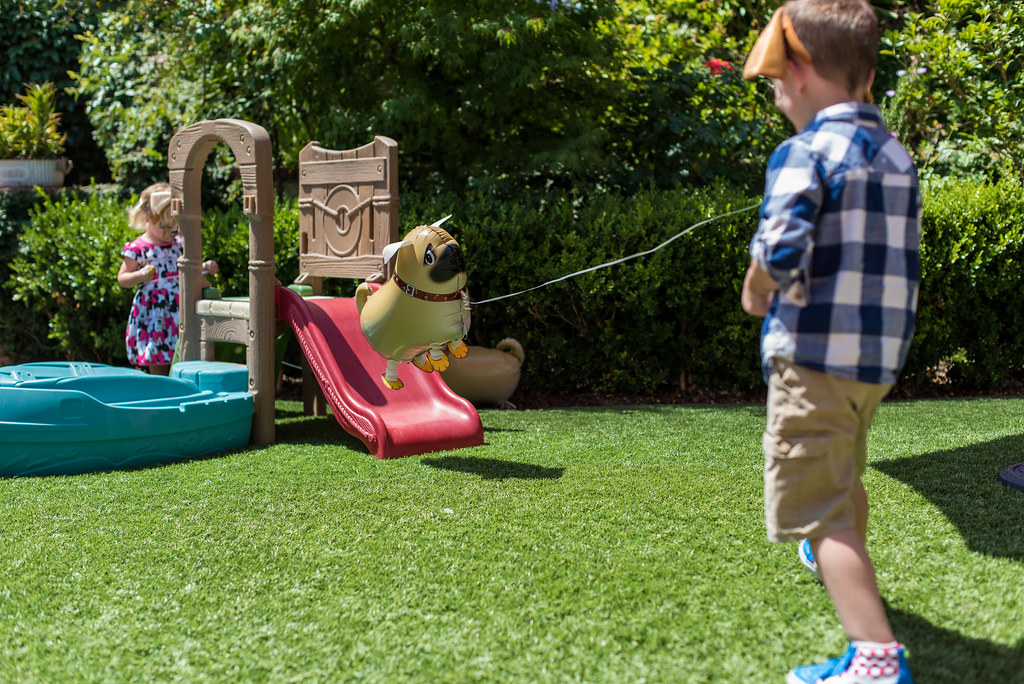 He wasn’t the only kid to be inseparable with their Puppy Dog Pals balloon. Just ask this little sweetie! 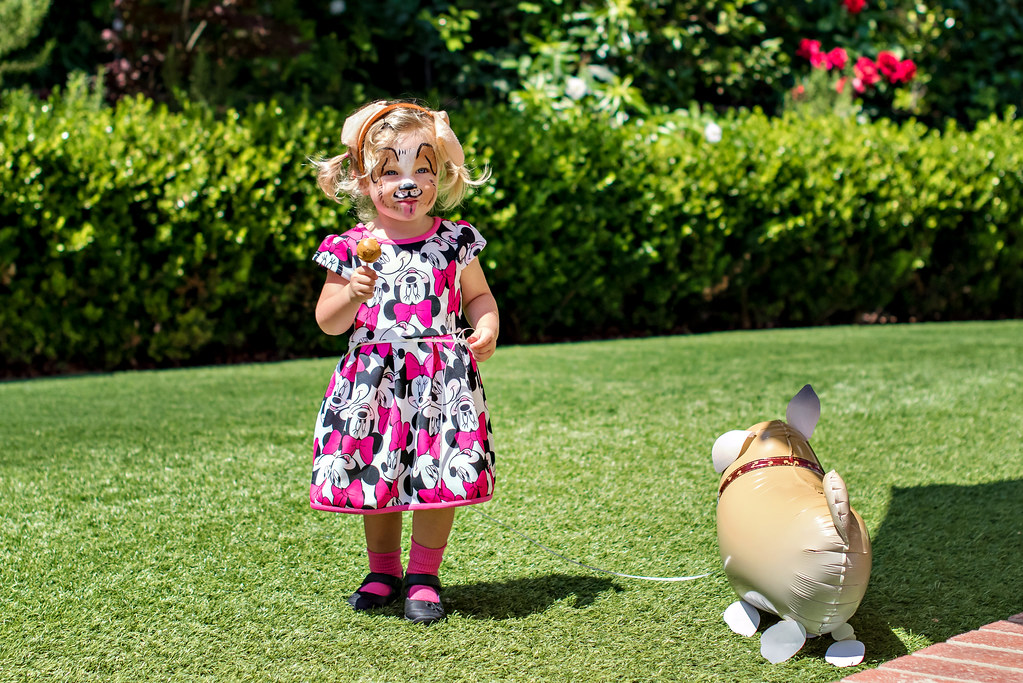 Of course, no Puppy Dog Pals party would be complete without a viewing of the actual show.  The kids gathered around the TV throughout the party to take in a few episodes, which Gabe is now thoroughly obsessed with.  Nothing like a super fun themed party with new friends to lock in a new favorite show. 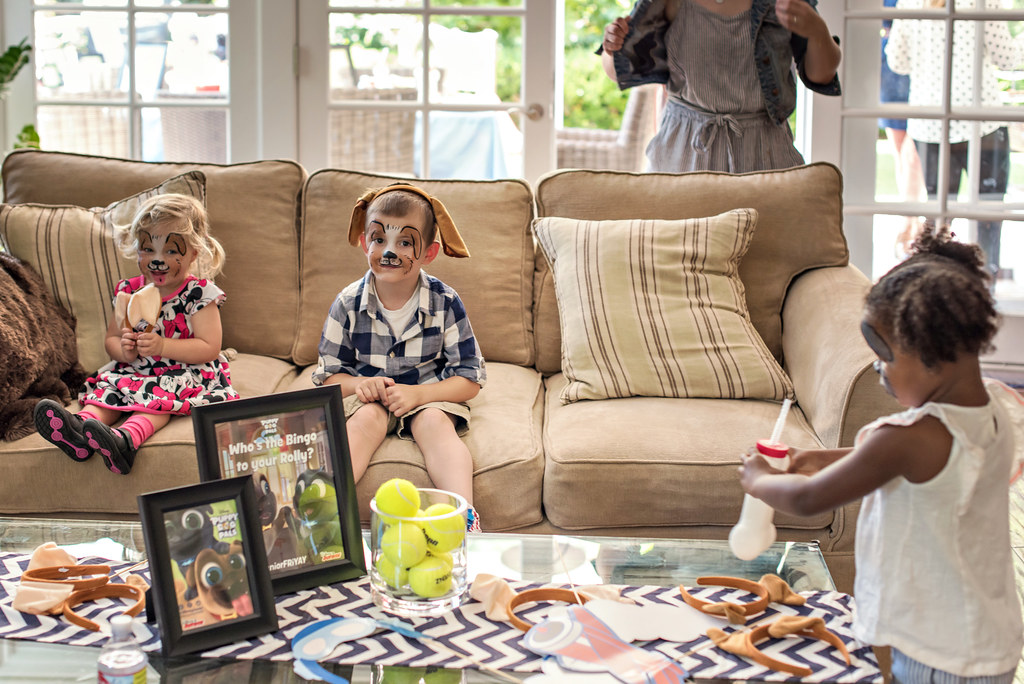 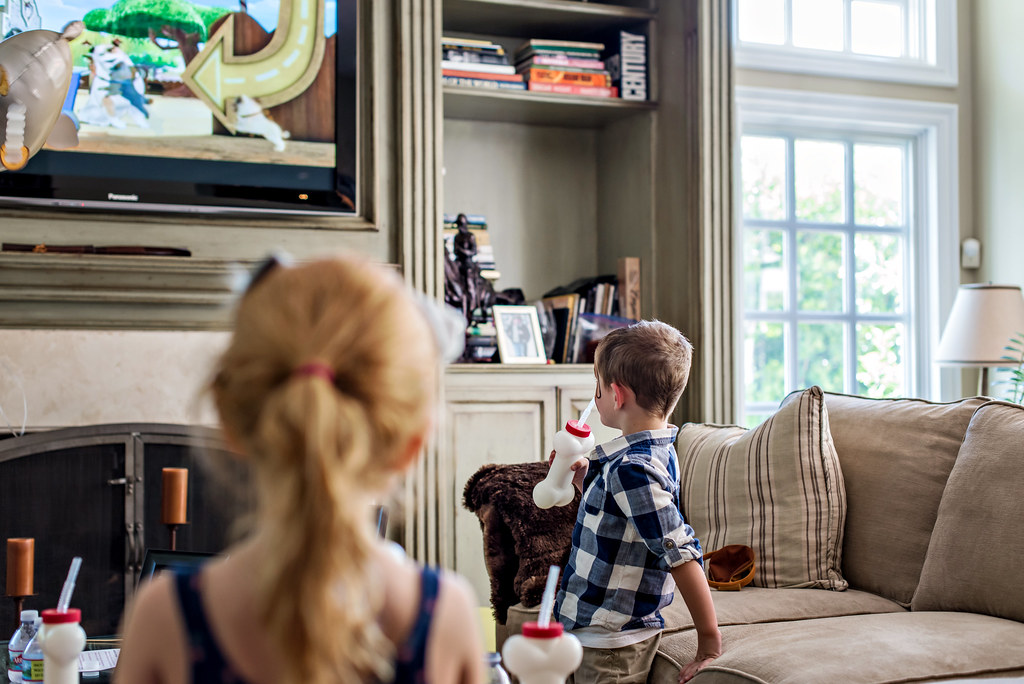 As a family, we are always planning and packing for our next adventure.  We love to explore somewhere new, just like Bingo and Rolly in Puppy Dog Pals. 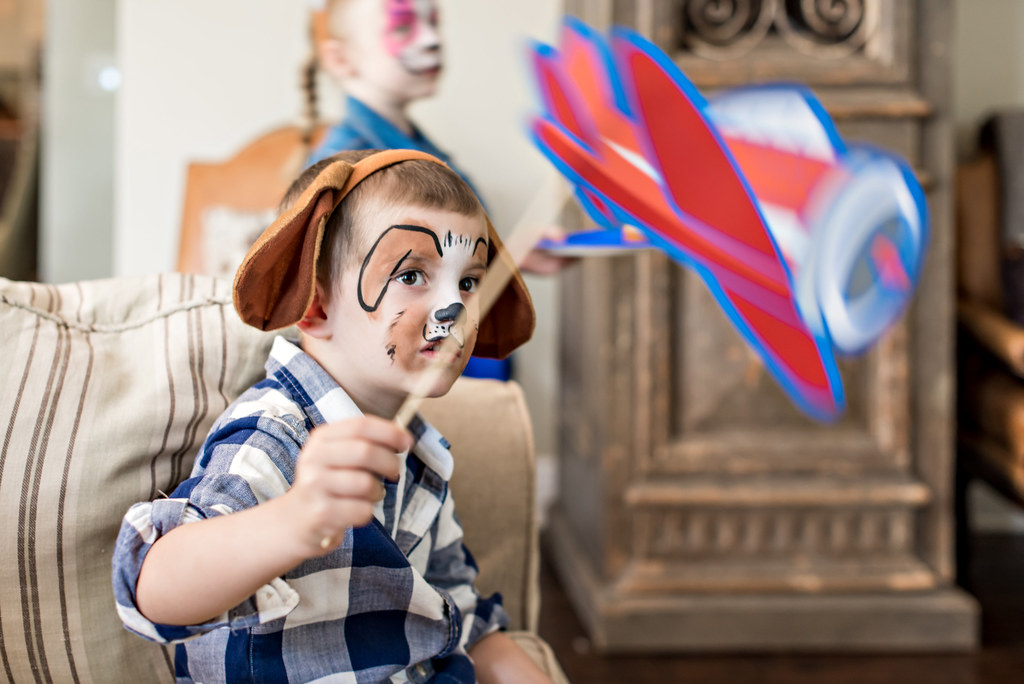 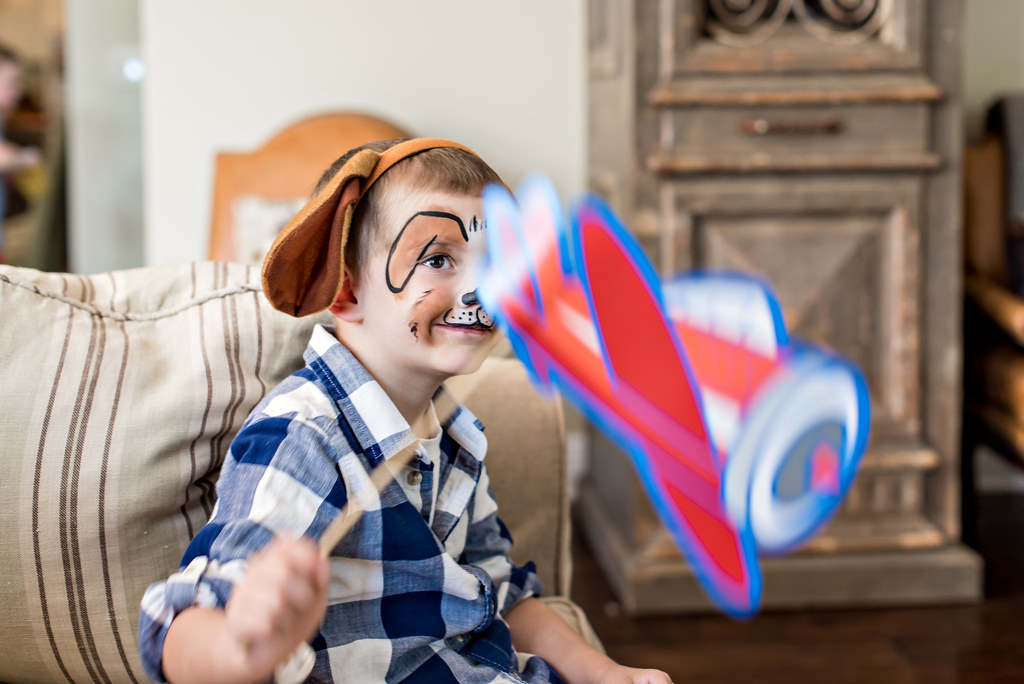 All good things must come to an end and before we knew it, the party was over and it was time to head out.  We couldn’t leave without grabbing a few goodies, of course, like these delicious cookies and some of the décor (haha). 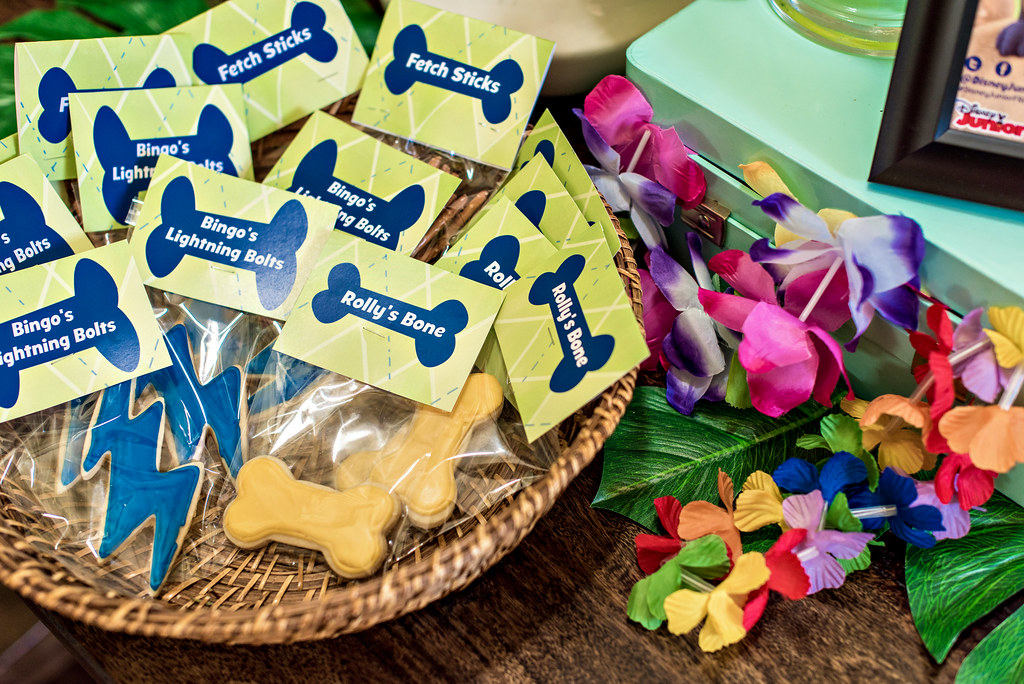 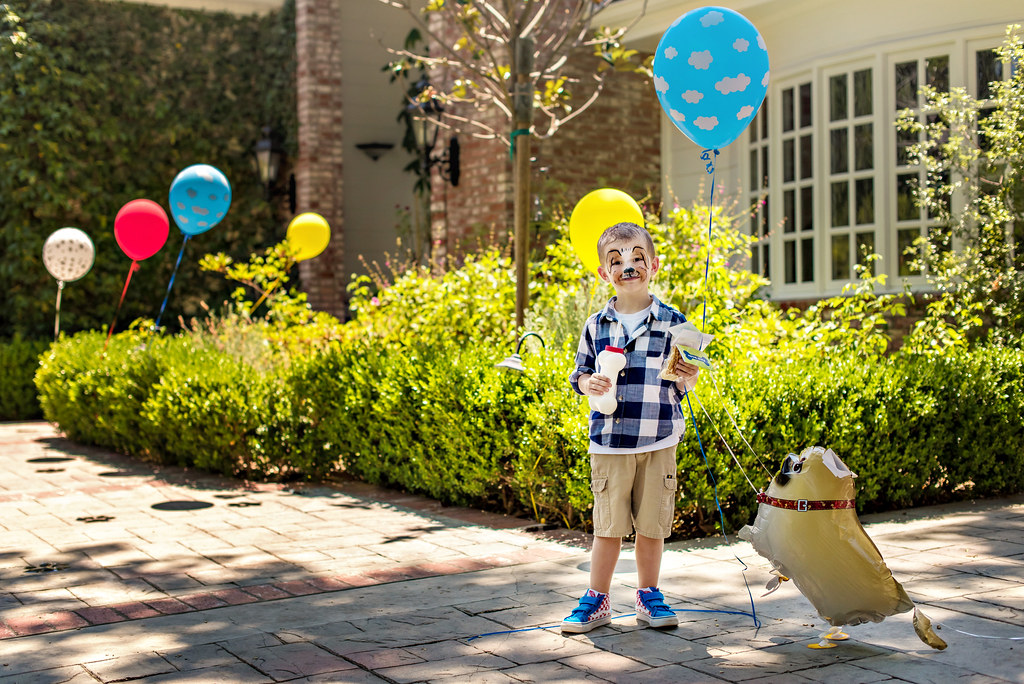 I could tell Gabe really had a blast because he didn’t make it long in the car before he completely sacked out.  There is something so ridiculously cute about a sleeping puppy **all of the heart eyes**  Thank you Disney Junior for the opportunity to spend all FRiYAY with my favorite little puppy! 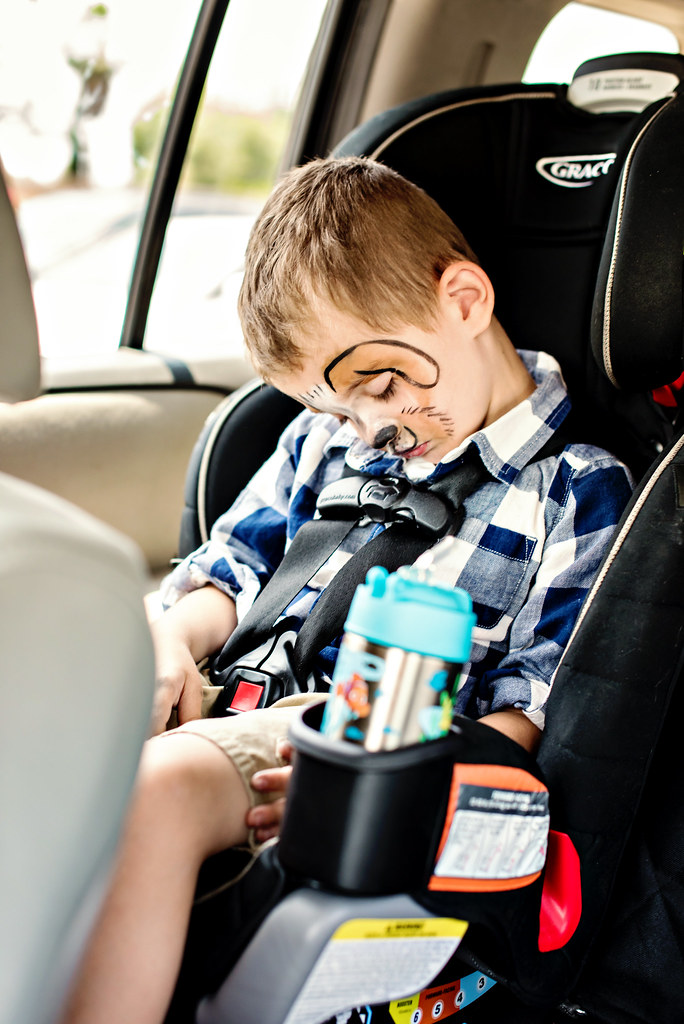 Tune in every FRiYAY morning for new Puppy Dog Pals episodes + all of your other favorite Disney Junior shows.  Gabriel is also fully obsessed with Mickey and the Roadster Races – have you seen this awesome show yet?  Forget Saturday, Friday will be your kiddo’s favorite morning all summer long with this line-up of all new shows on Disney Junior:

This is a sponsored post written by me on behalf of Disney Junior.