I haven’t been to Chuck E. Cheese in forever, like since I was a kid forever. My oldest has been a couple of times with friends long ago, but my youngest had never been – until now! He has actually been asking me to take him lately, after seeing what Chuck E. Cheese is all about in some random YouTube videos. I dragged my feet until I heard about the new CAULIPOWER crust pizza my kids would certainly love. I was excited to hear Chuck E. Cheese is making strides to offer allergy-friendly and better-for-you food options. 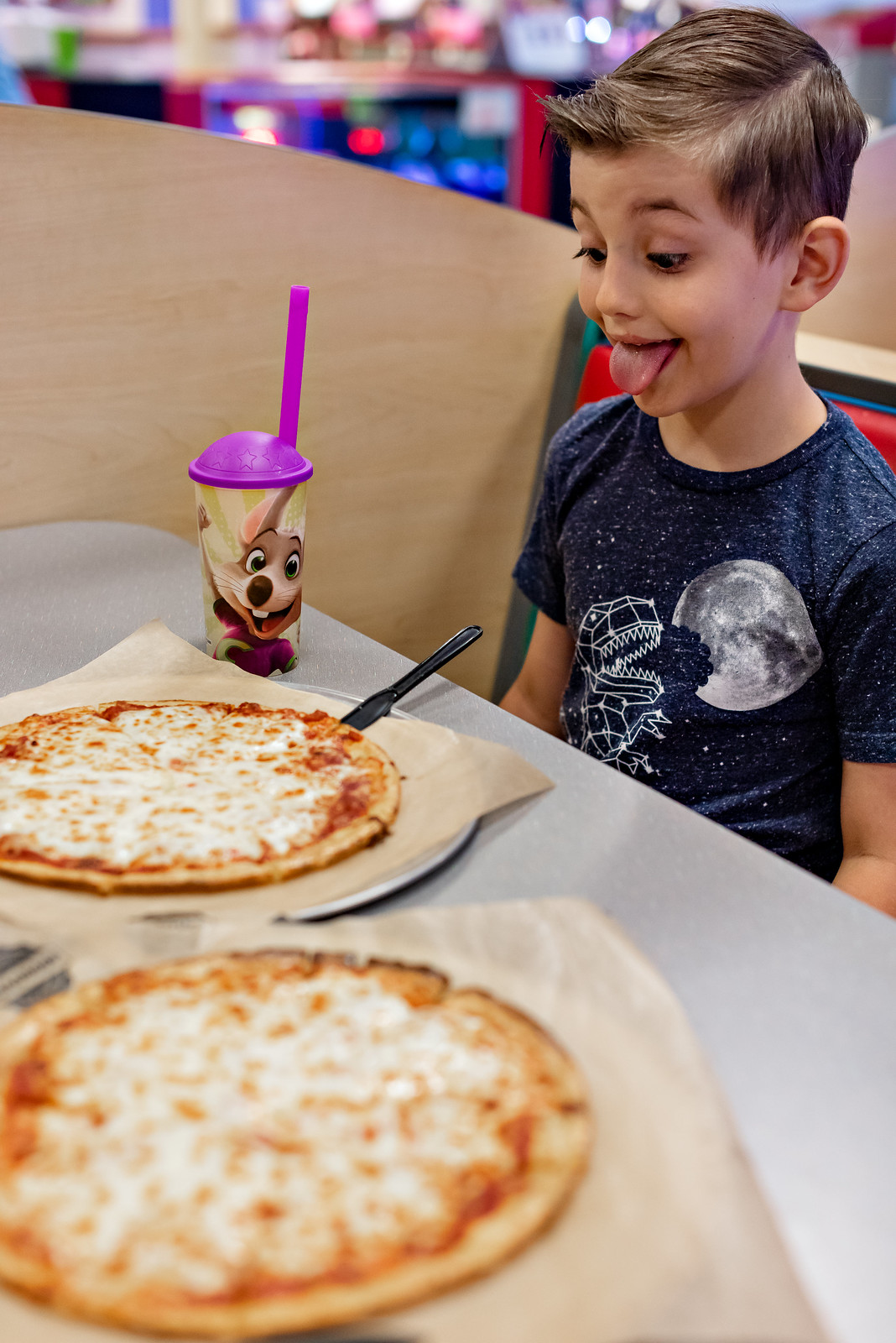 Visit CAULIPOWER here for an exclusive promo code to save ½ off the Super Cauli Crust pizza powered by CAULIPOWER with $10 or more All You Can Play games purchase through 8/4/2019!**

So I texted one of our favorite families and asked them to meet us at Chuck E. Cheese for an afternoon of pizza, games, prizes for ticket and more. We decided to meet up right at opening, which was super smart. We were first inside, first to order and everything was nice and clean! It didn’t really start to get crowded until a half hour later. I get kind of squeamish about places with lots of kid germs but the place was really very clean. 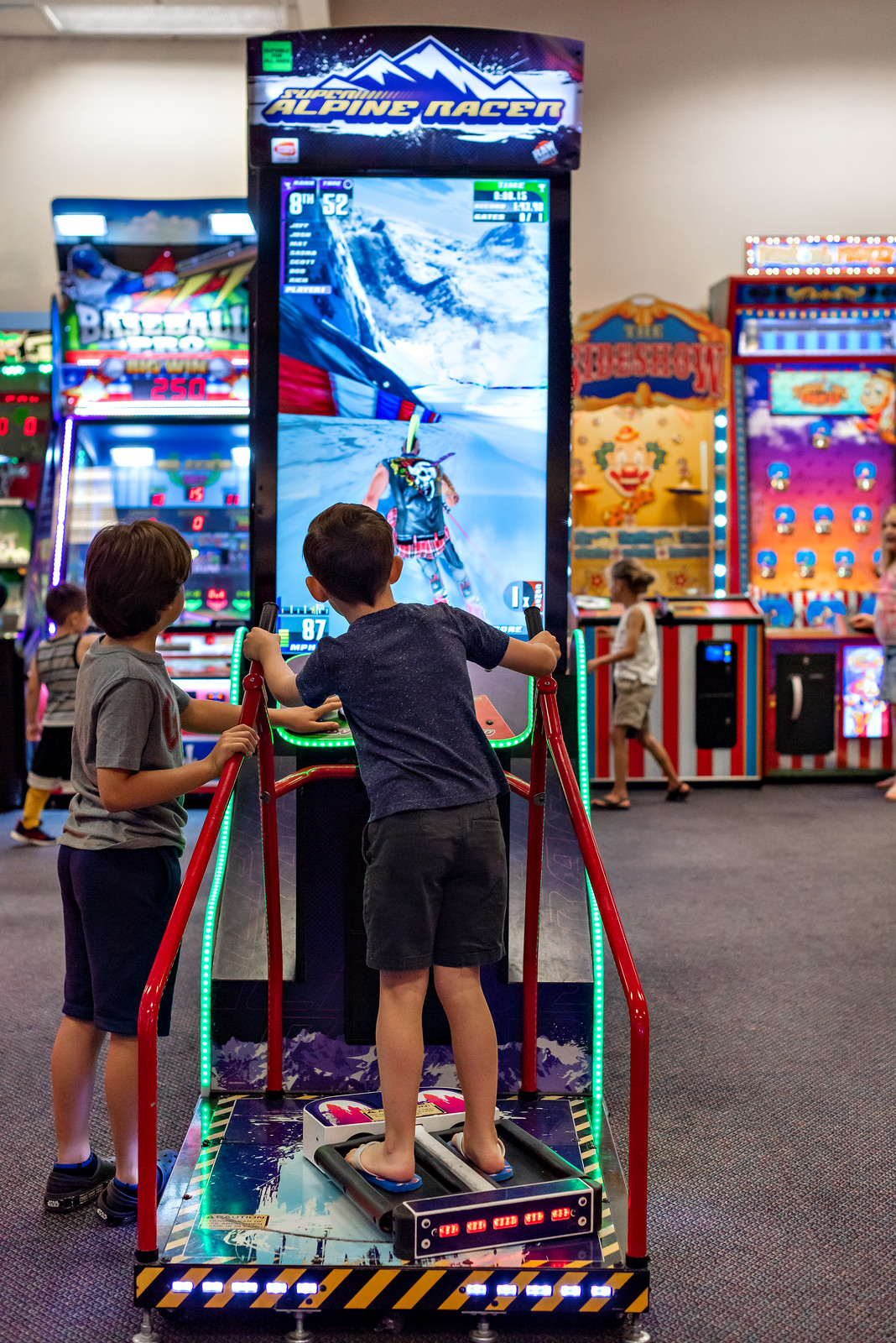 The kids, of course, weren’t even thinking about pizza when they walked into that room filled with flashing lights and sounds. They started zipping around playing a free game and collecting free tickets… I guess this is a thing. When Chuck E. Cheese first opens and turns on the machines, you can often play a free game and sometimes they just print tickets — insider tip, you’re welcome! 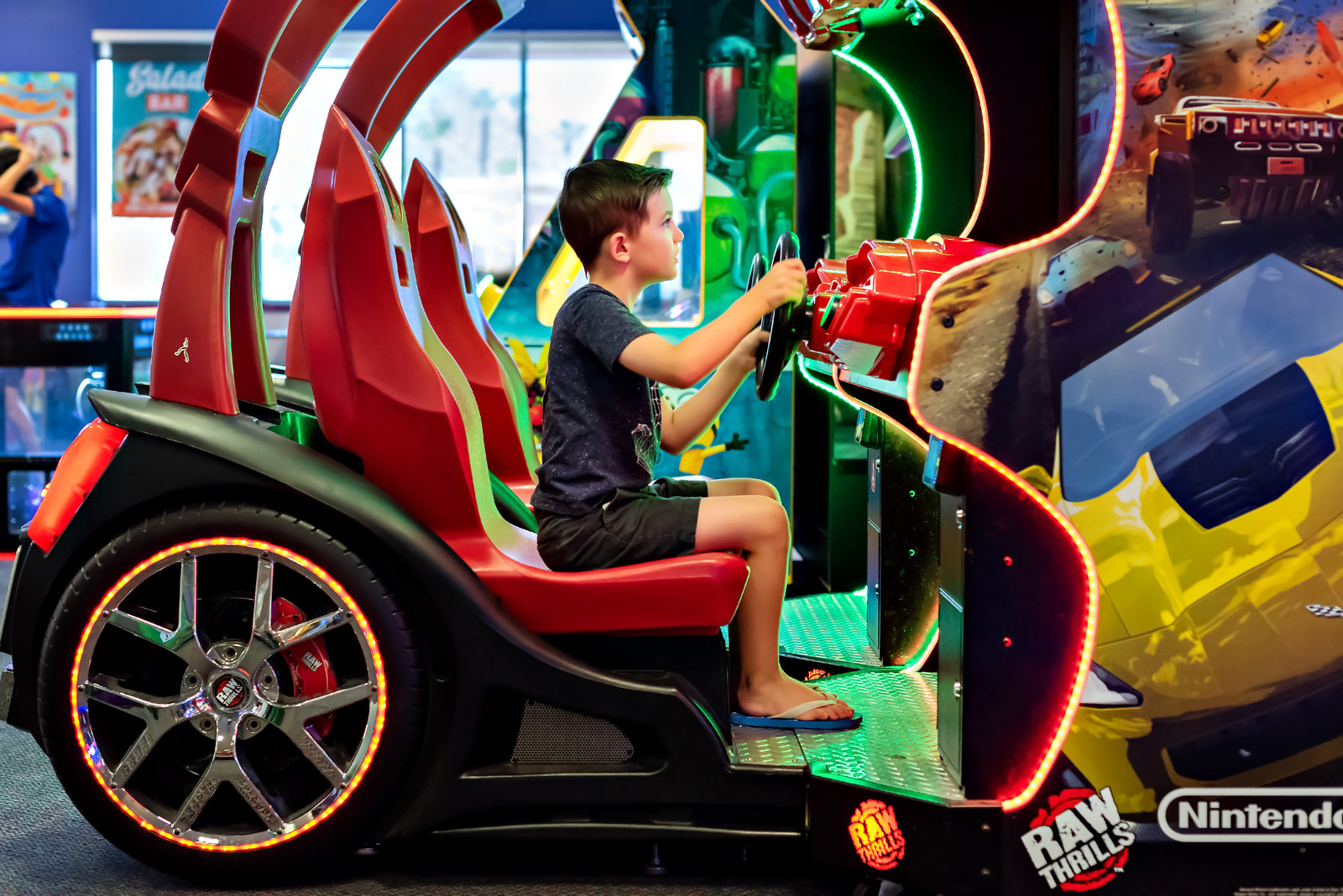 I had no idea how the game passes worked but it was pretty simple to figure out. Just head to the kiosks that say “Play Pass”. Here you can purchase a pass based on either time or points. We started with half hour passes for the kids so we could then take a break for the Super Cauli Crust pizza powered by CAULIPOWER pizzas! 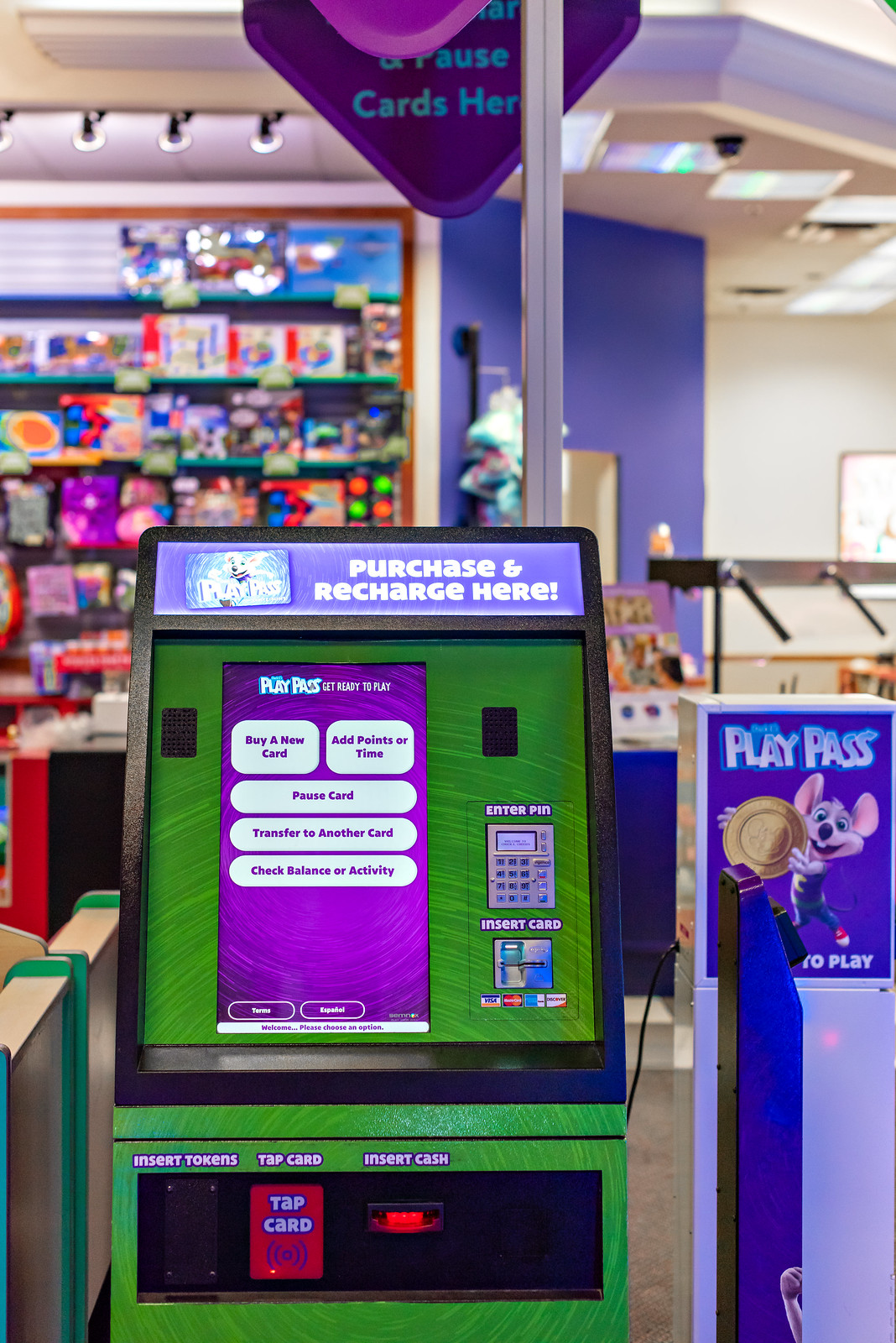 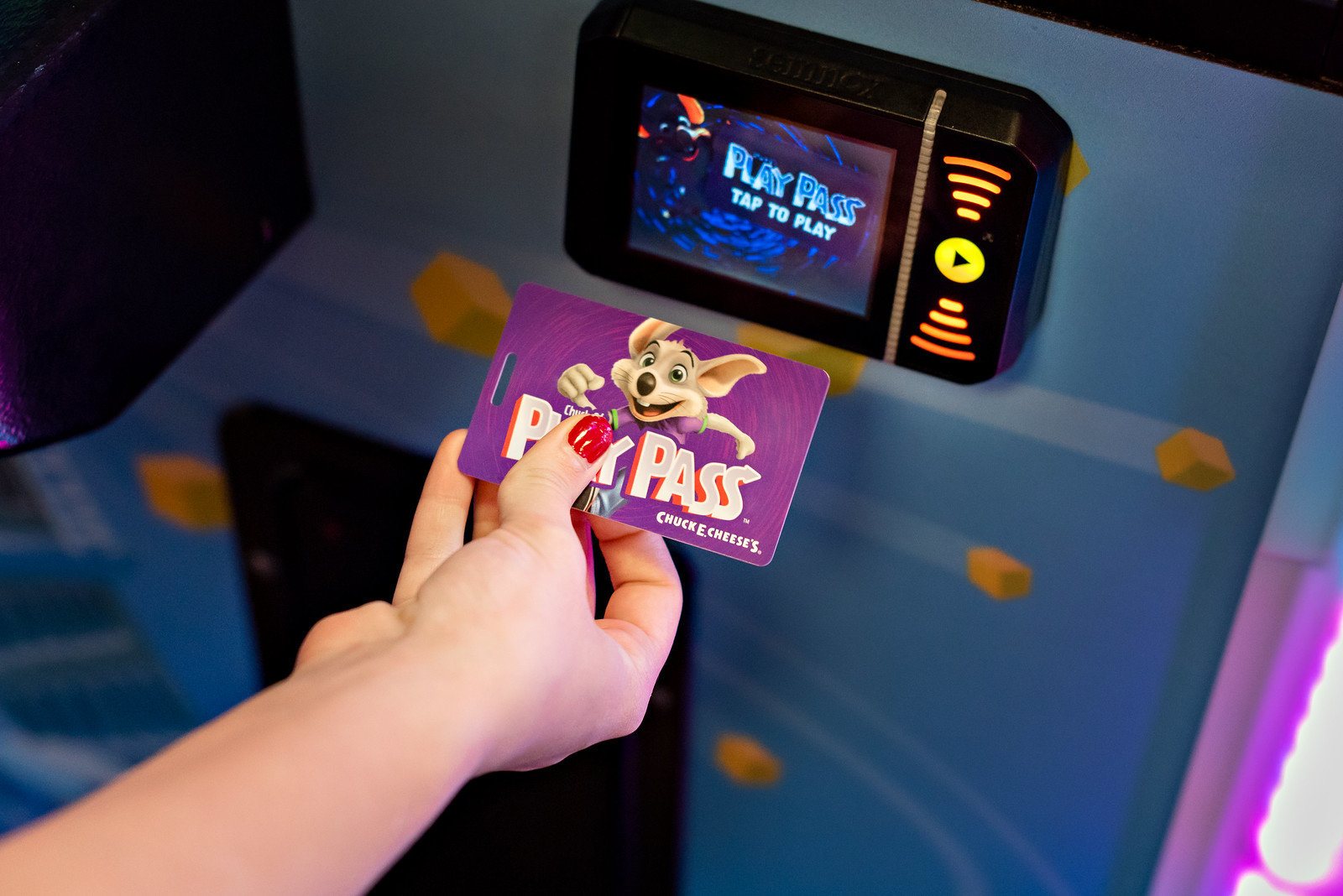 tip #2 bring something to hold tickets

As soon as the kids start racking up tickets, they’re going to want you to hold them. What is a mom if not a pack mule, right? We’re already lugging around all kinds of stuff for them. I had one kid’s tickets jutting out of my front pockets and the other kid’s in a pile on our table (which she ever so discreetly covered with napkins, lol). Having a small bag to hold the tickets would have been great. 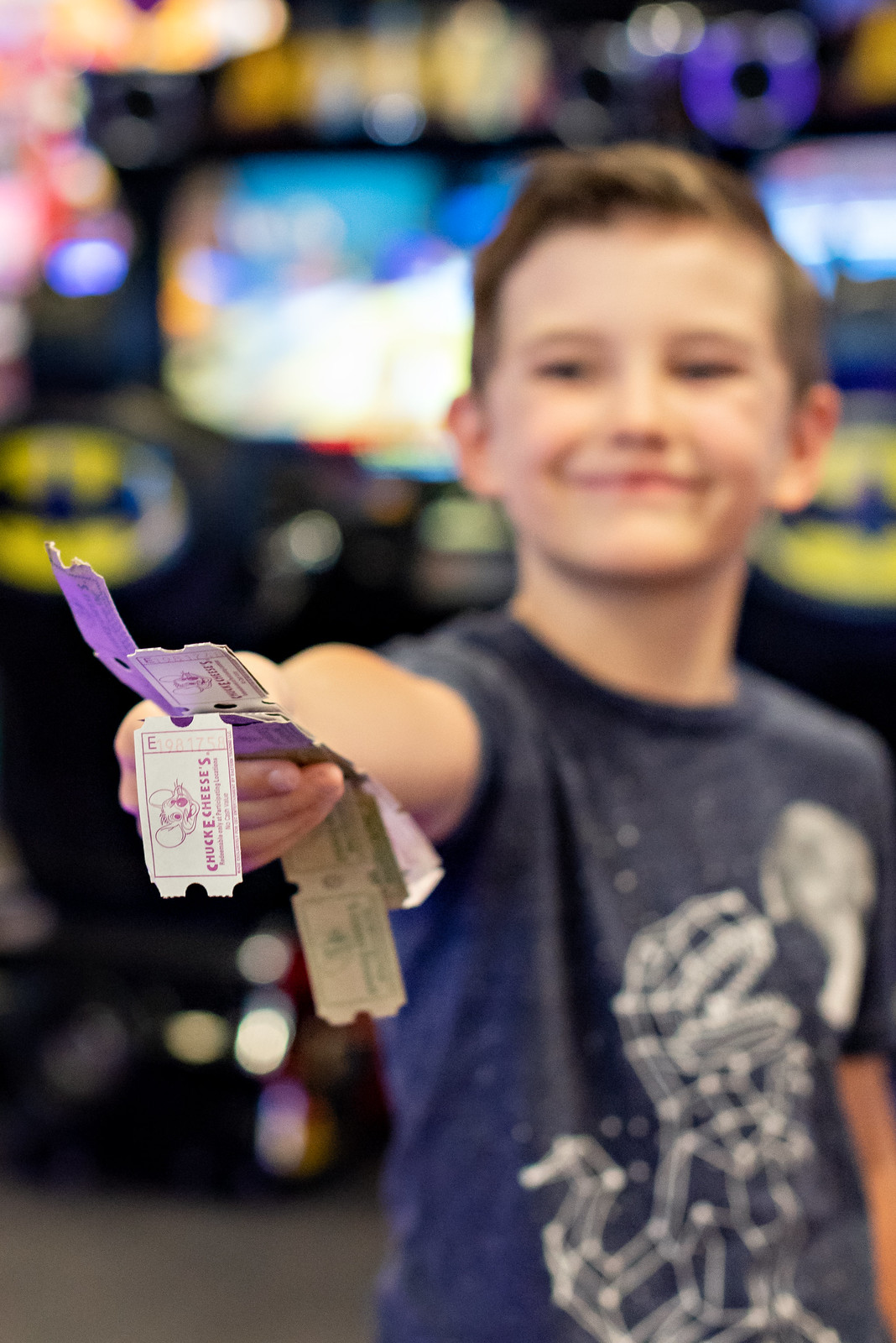 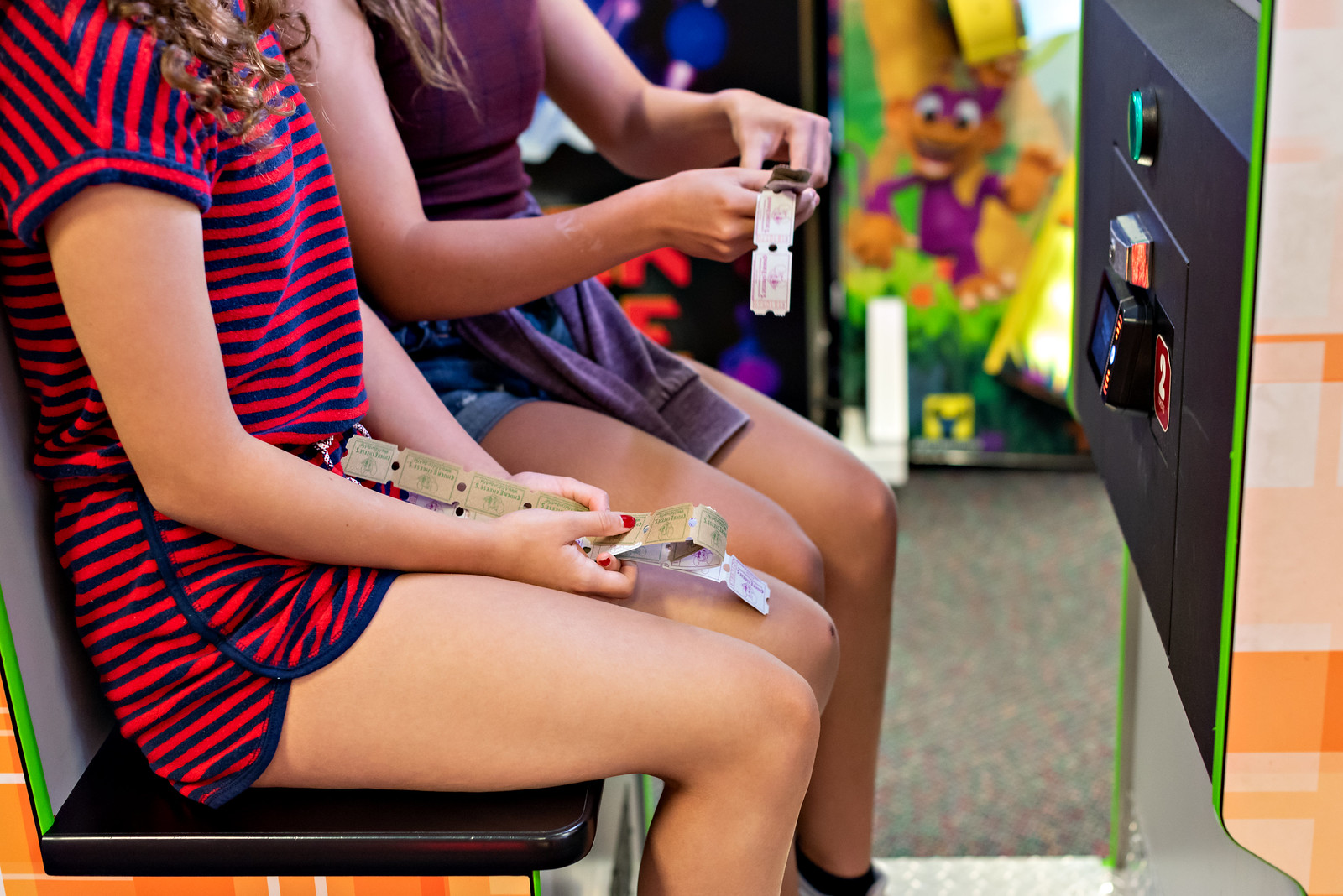 15 minutes before the kids’ Play Passes expired, I headed over to the counter to order food. For the 5 kids I ordered two CAULIPOWER pizzas and drinks in souvenir cups. My kids are used to me always choosing the “better-for-you” option but I was a bit nervous their friends (who are not gluten-free) wouldn’t like the cauliflower crust pizza. Well, no worries needed. The kids wolfed down the pizzas in record time! 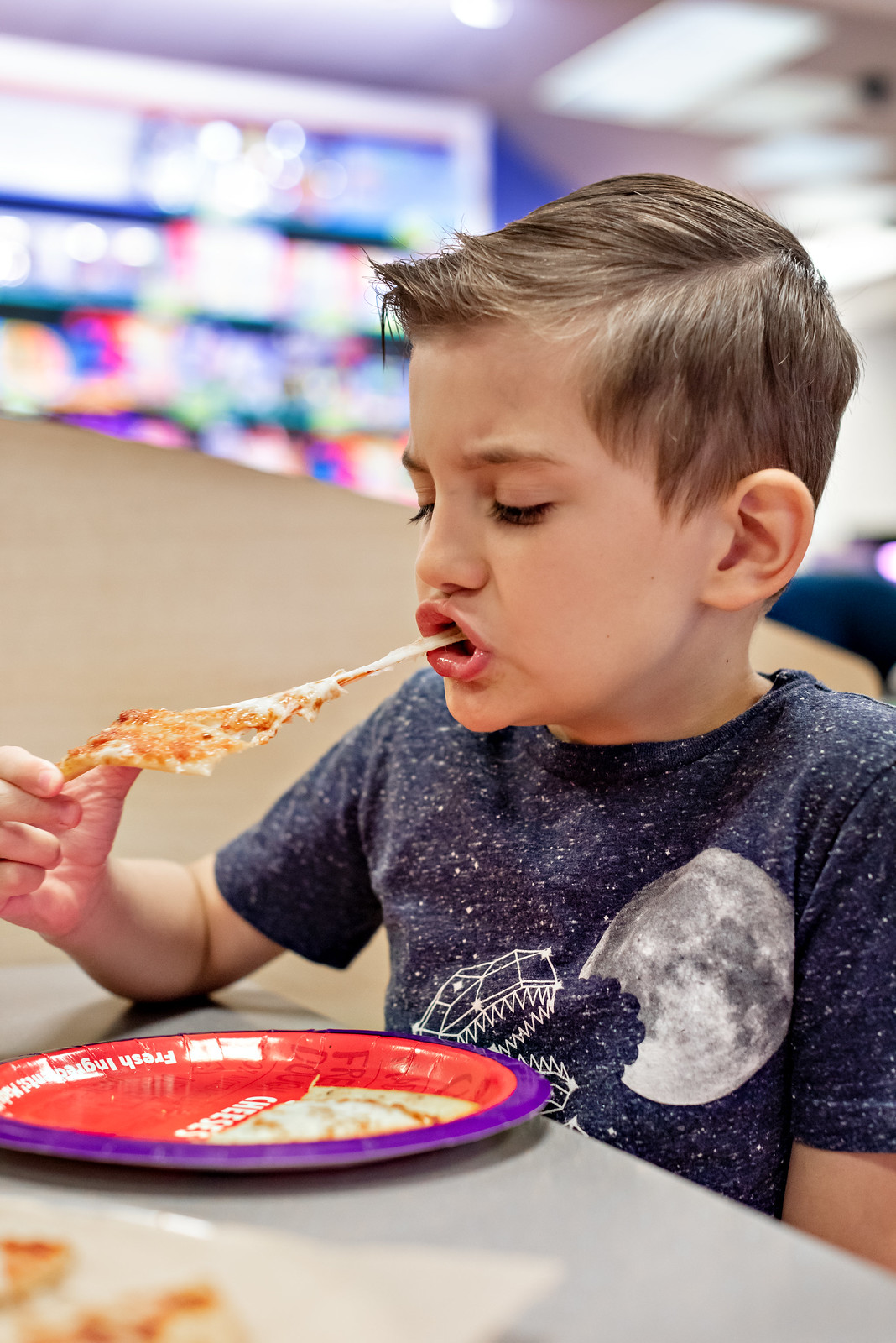 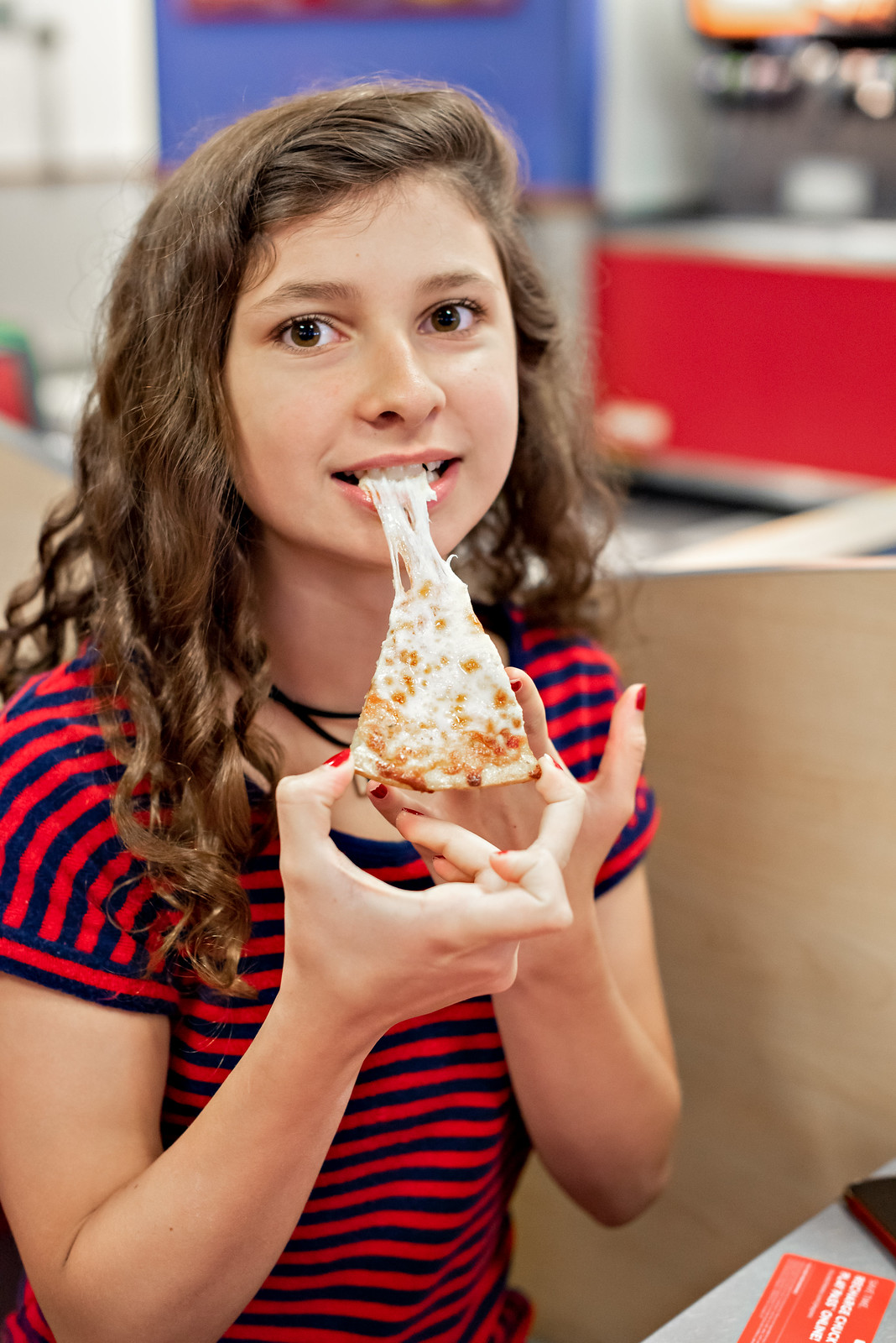 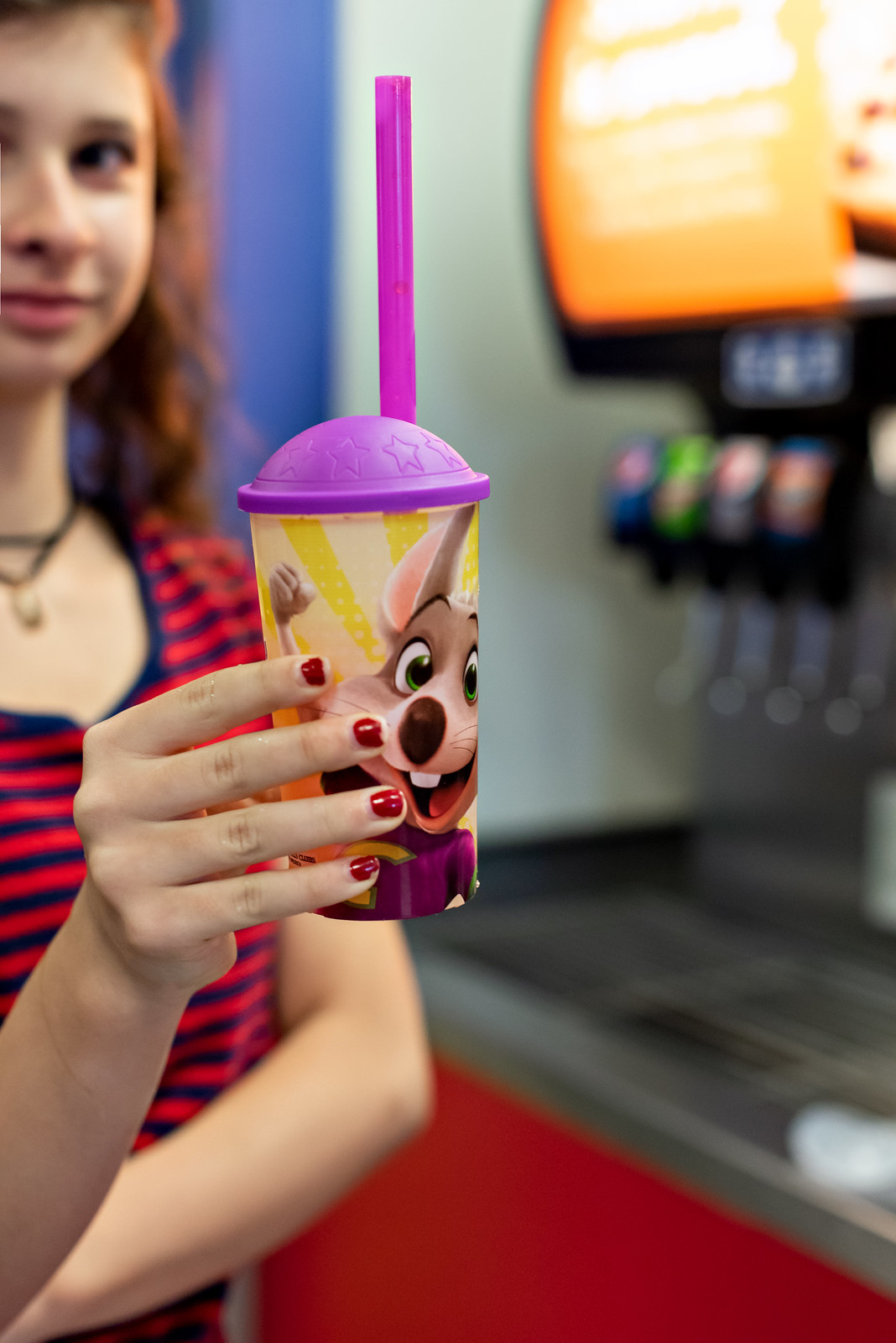 I didn’t try the pizza because I am vegan. It definitely looked and smelled great! My kids are vegetarian and they LOVE pizza. They both thought the texture of the crust was great – crunchy yet chewy, just the way a pizza crust should be. After about 8 minutes of kids devouring pizza, us moms were back at the kiosk adding another hour to the kids’ passes. They couldn’t wait to get back to it. 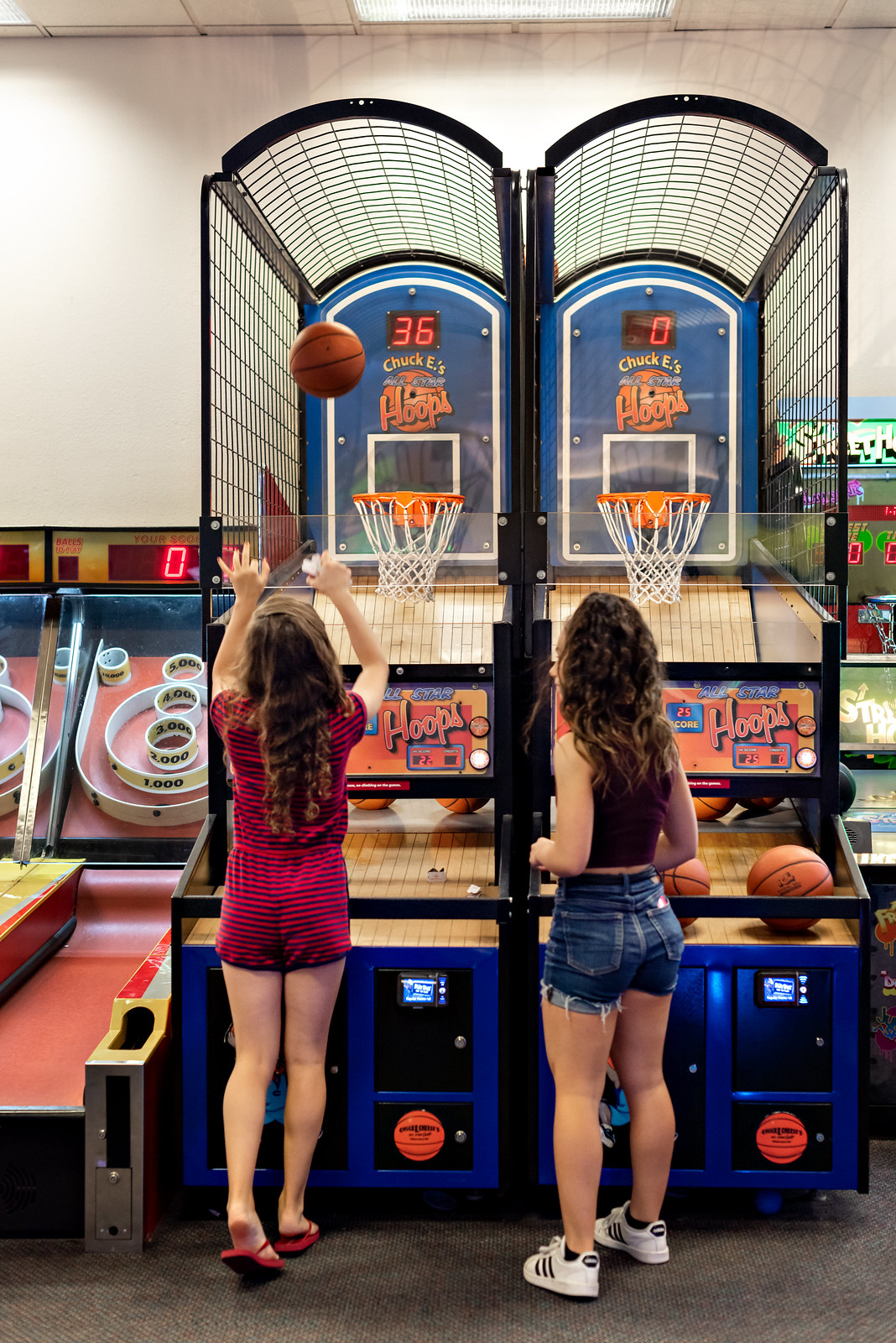 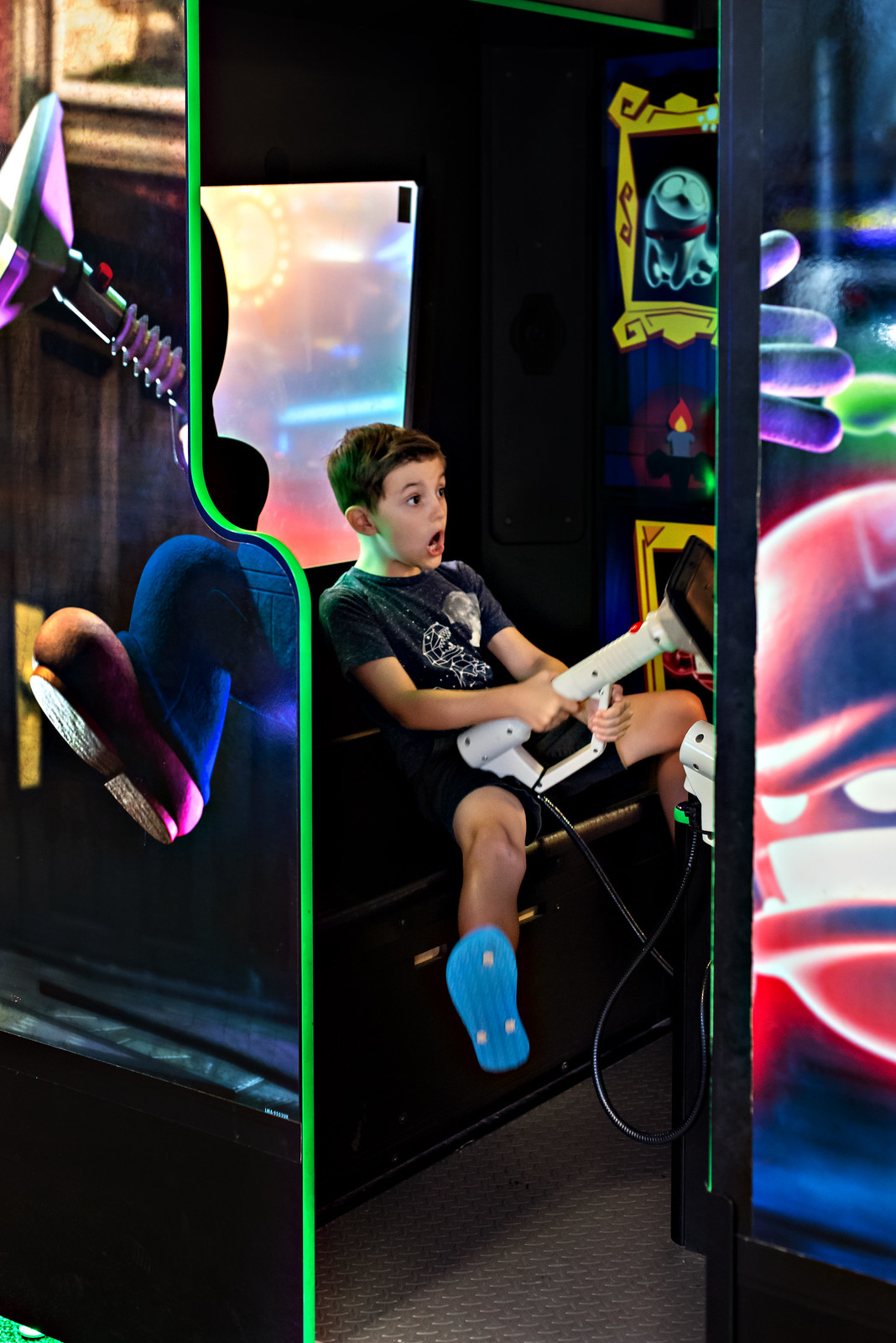 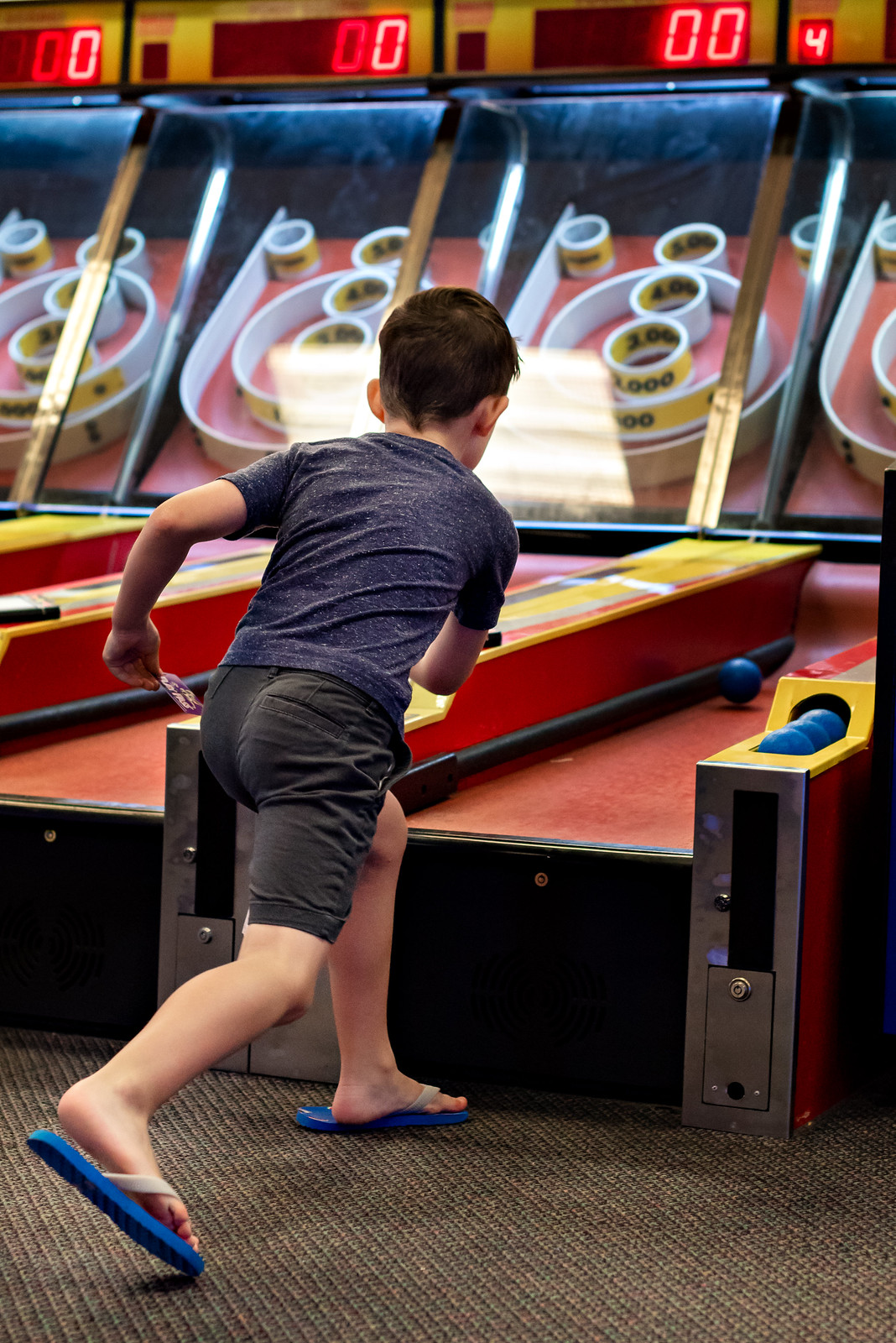 There is also more going on at Chuck E. Cheese than games and food. There’s also play areas were kids can climb through tubes, down slides and, apparently, into cages. My son, of course, loved all of this. 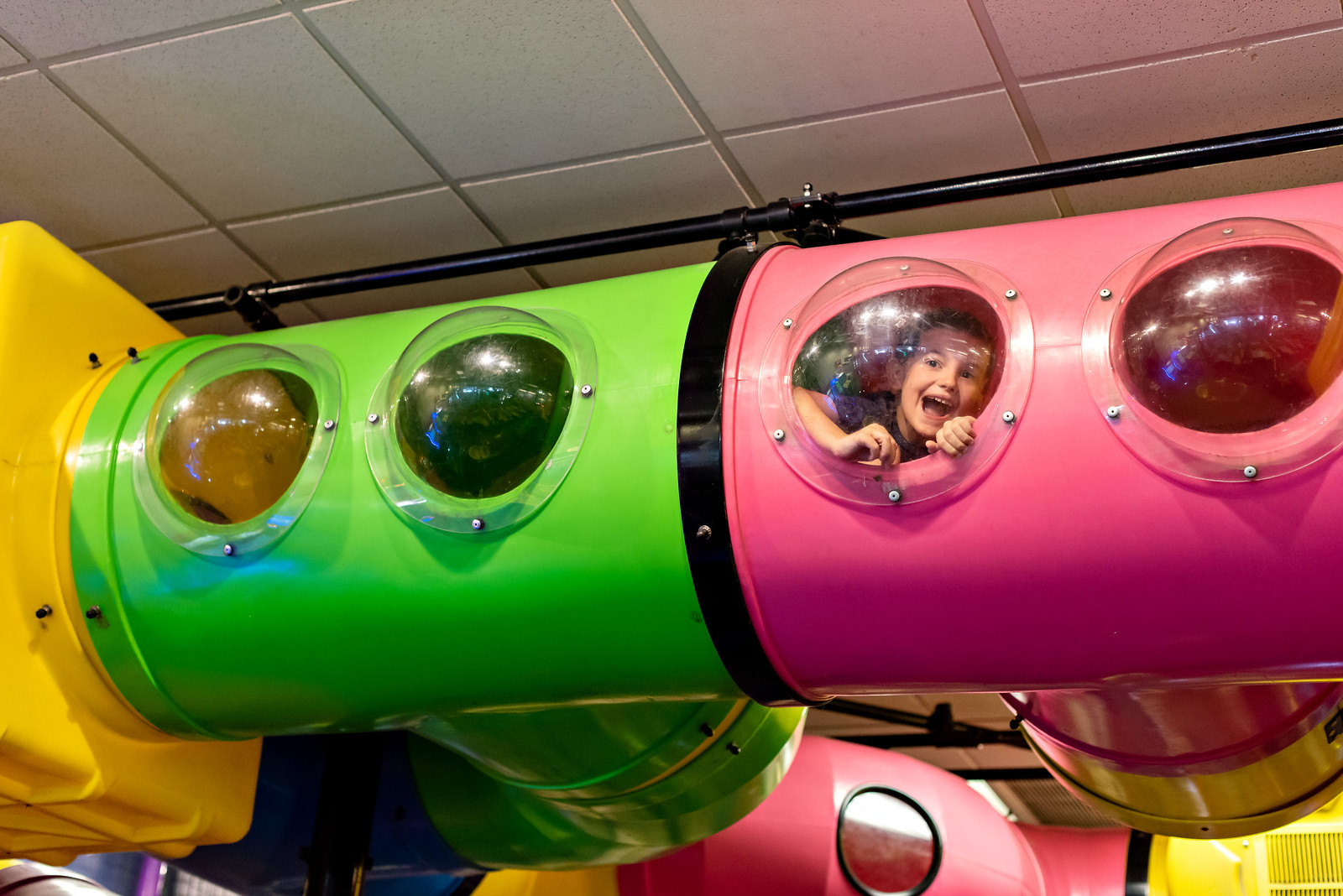 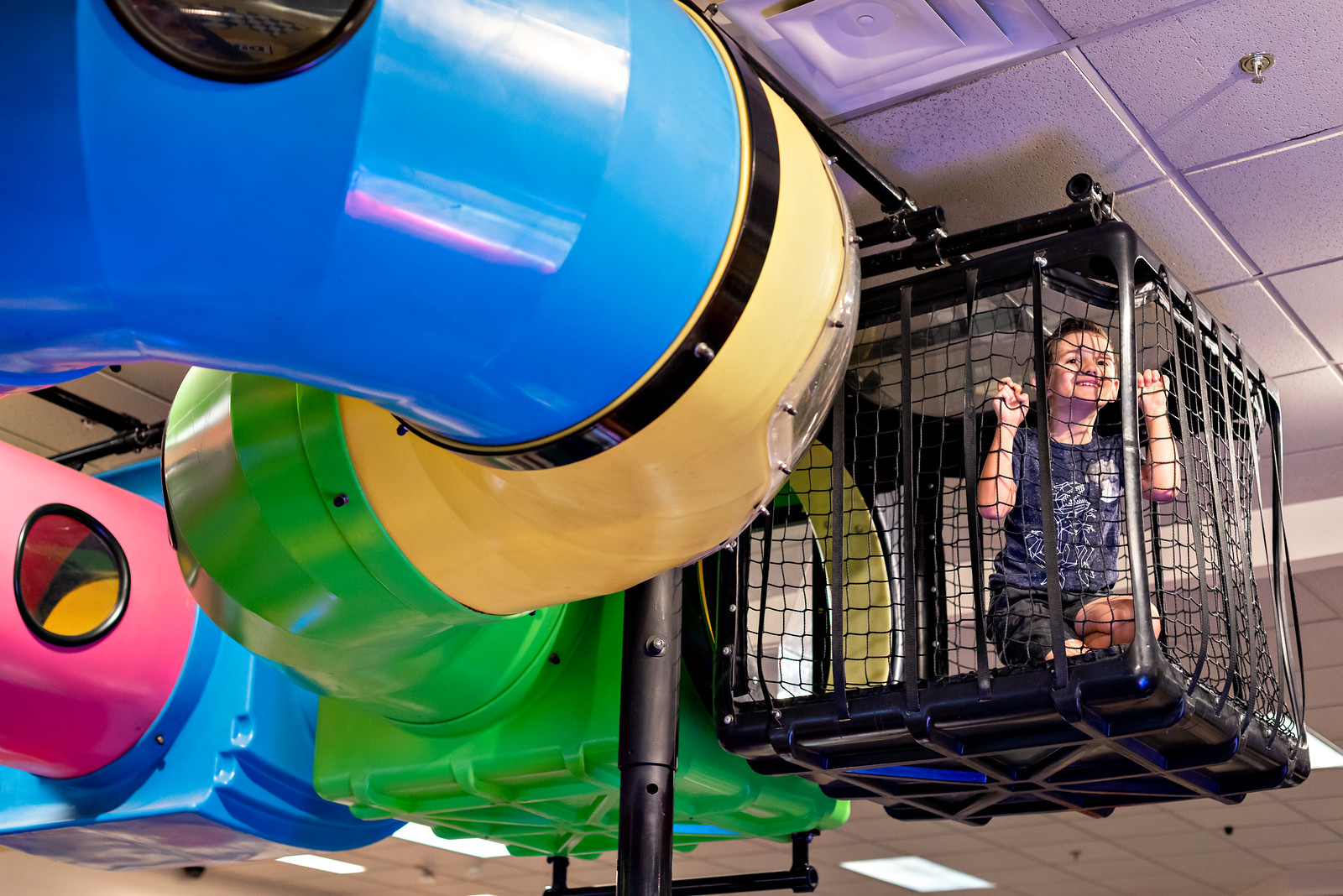 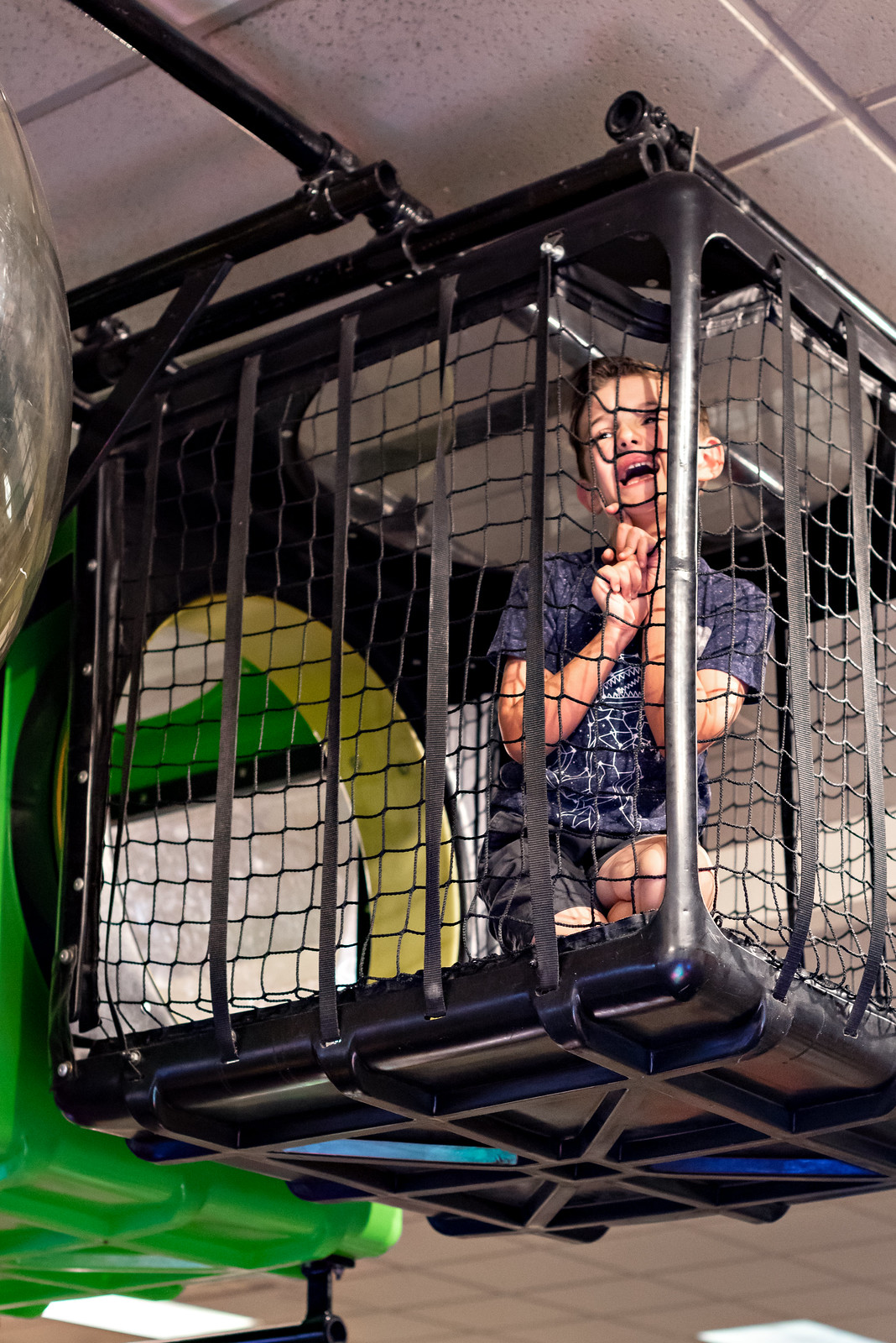 Also, every half hour, Chuck E. Cheese himself comes out to dance with the kids. He also throws up loose tickets into the air so the kids can crawl around them and pick them up like piñata candy. It’s a really fun bonus to the day. 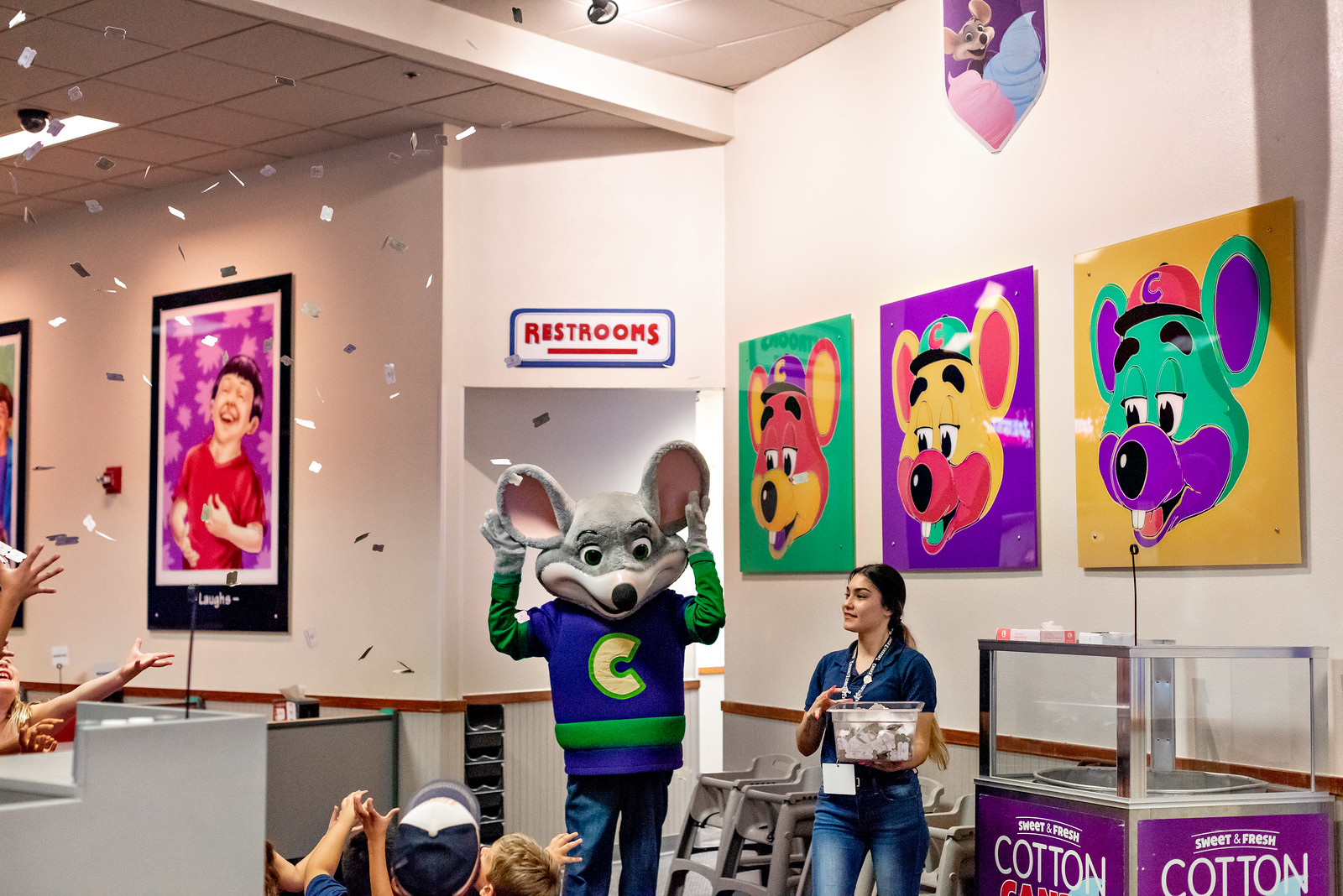 Another fun thing to do with your friends is jump into the photo booth together. 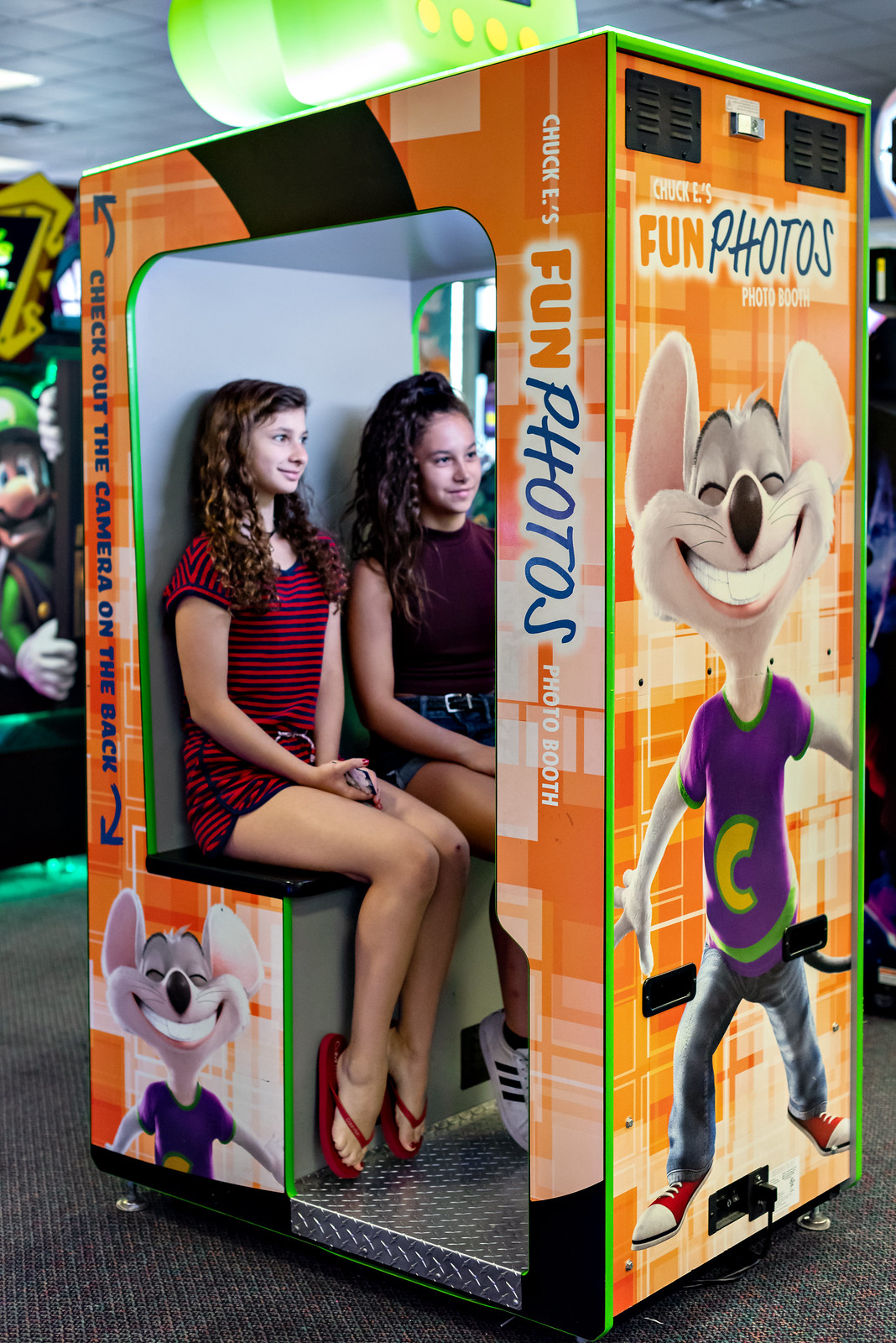 I don’t have any strong nostalgia attached to Chuck E. Cheese from my childhood, but my husband does. He remembers it being a real special treat to go as a kid and they often attended birthday parties there. That’s why I was excited when he was able to take a work break and swing by for a half hour. 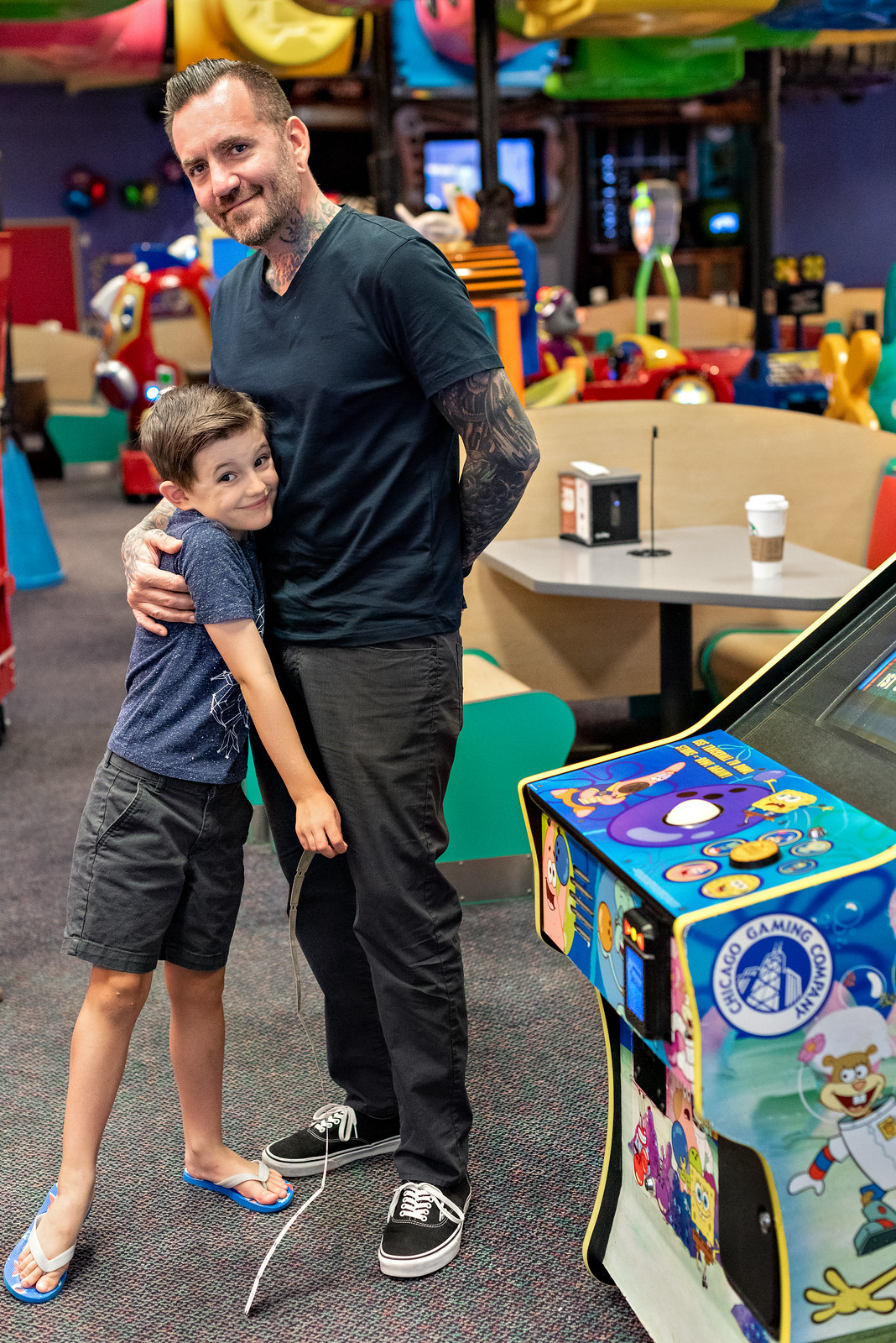 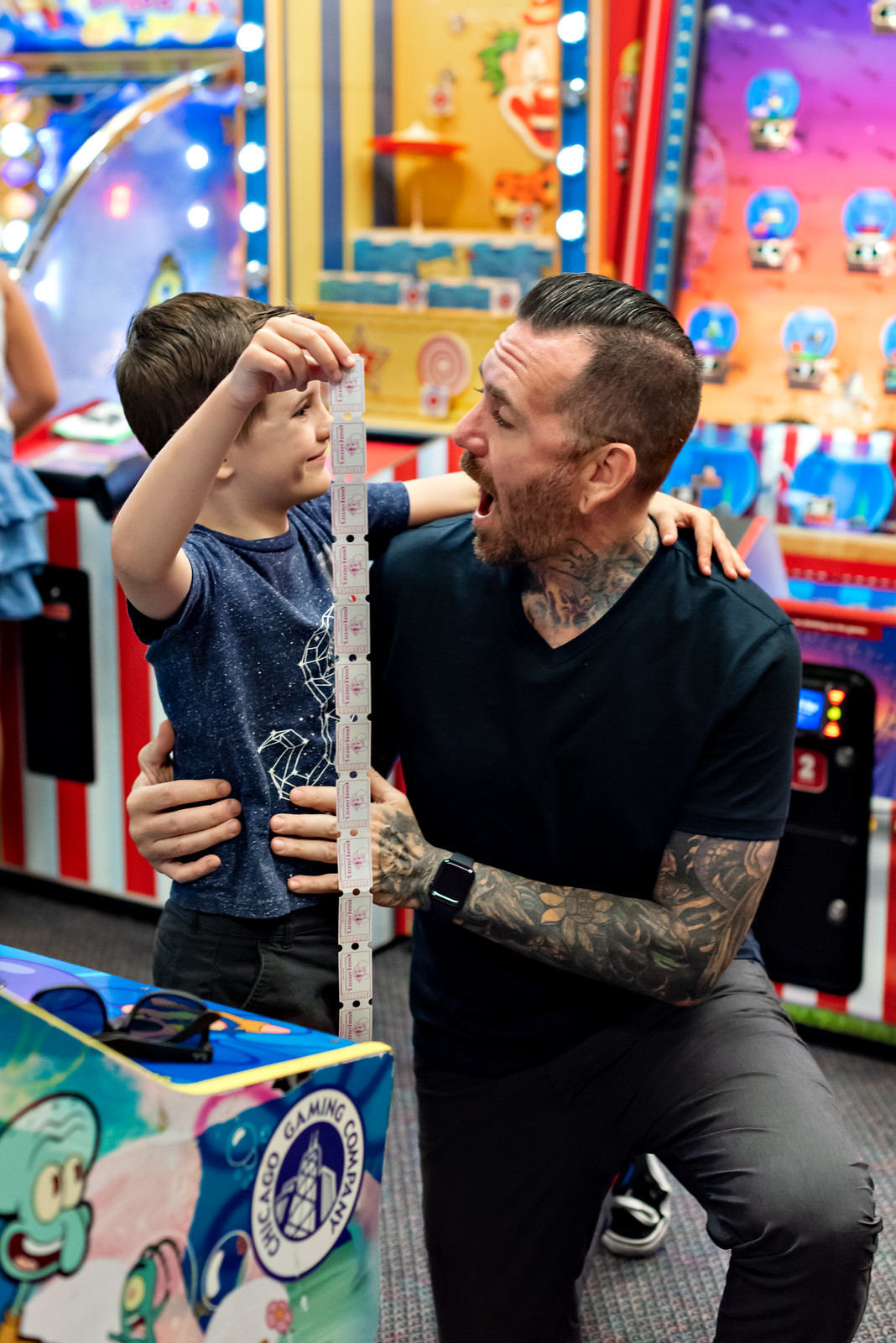 All good things must come to an end. So it was time to put all of the tickets into the counting machine and go pick prizes! 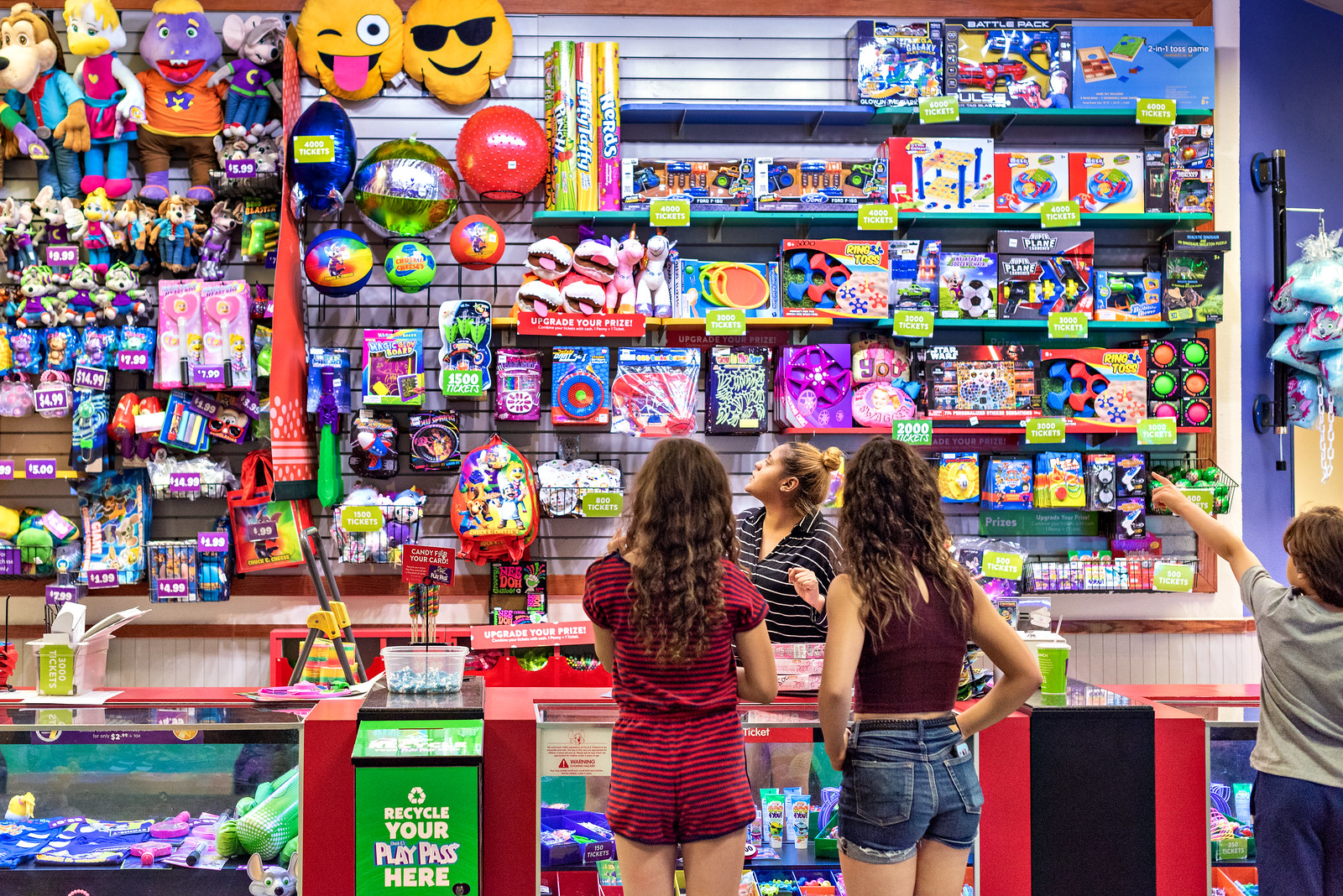 Gabe ended up with a rainbow slinky. It’s been 6 hours since we got home and he’s still playing with it! It’s safe to say he had a good day at Chuck E. Cheese – good friends, good food, good games and prizes! 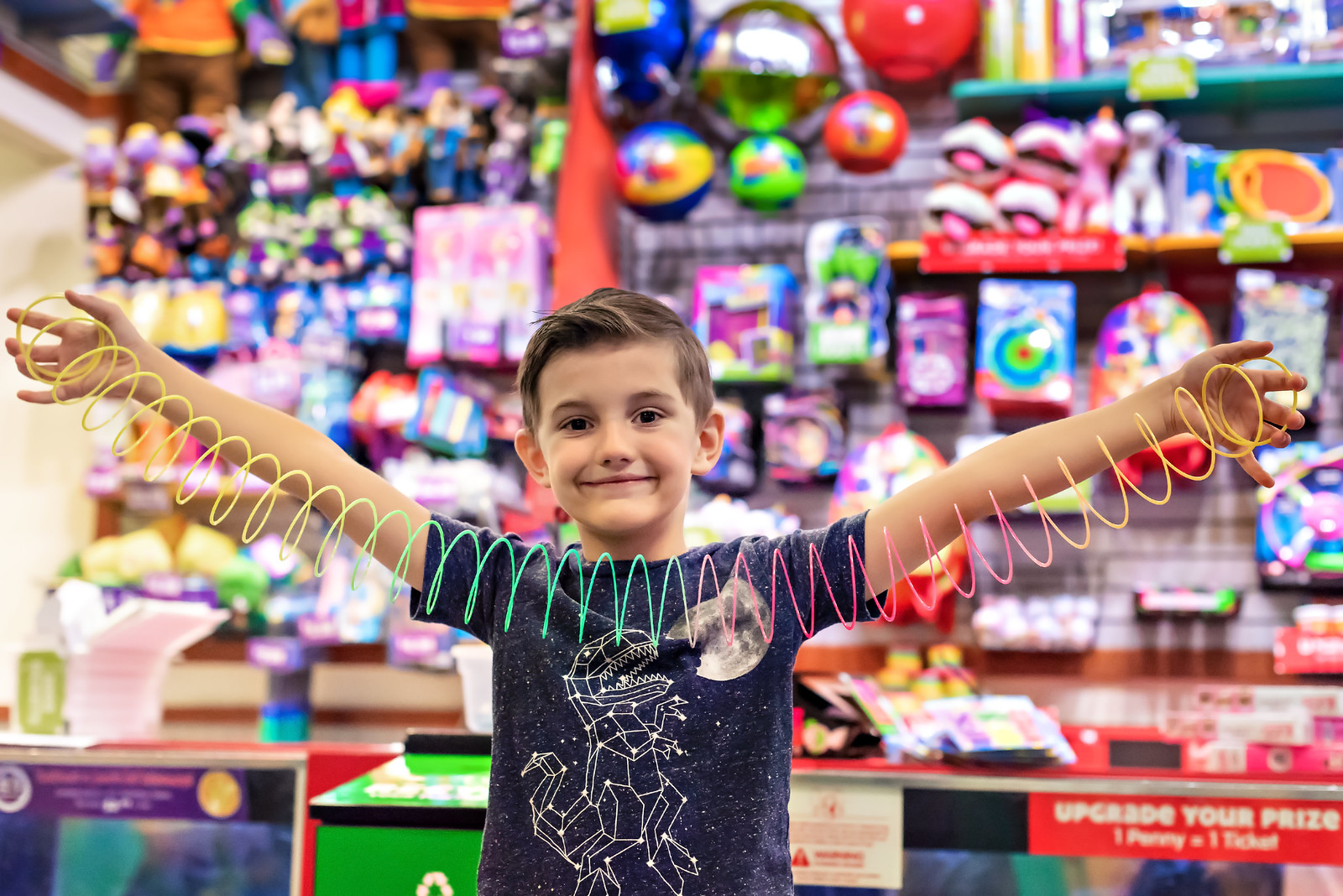 While the Super Cauli Crust pizza powered by CAULIPOWER is now available at Chuck E. Cheese, you can also find it other places! You can even have CAULIPOWER delivered right to your door through DoorDash, UberEats and GrubHub. CAULIPOWER is perfect for kids (and adults) with a gluten allergy or intolerance, but it’s not just for them. Cauliflower is the #1 ingredient in these pizza crusts, which is packed with vitamins our bodies love. Why not pump up the nutrition level in a food your family already loves?

CAULIPOWER is on a mission to re-invent our favorite comfort foods, one healthy meal hack at a time. CAULIPOWER’s first hack, cauliflower-crust pizza, created a white-hot category in 2017. Today CAULIPOWER is the #1 better-for-you pizza, #1 cauliflower crust pizza, #1 gluten-free pizza, and fastest growing frozen pizza brand in the U.S. — and it’s SO GOOD!

Chuck E. Cheese is known as the place “where a kid can be a kid” but now it’s also “where a kid with celiac disease can eat pizza”!

Visit CAULIPOWER here for an exclusive promo code to save ½ off the Super Cauli Crust pizza powered by CAULIPOWER with $10 or more All You Can Play games purchase through 8/4/2019!** 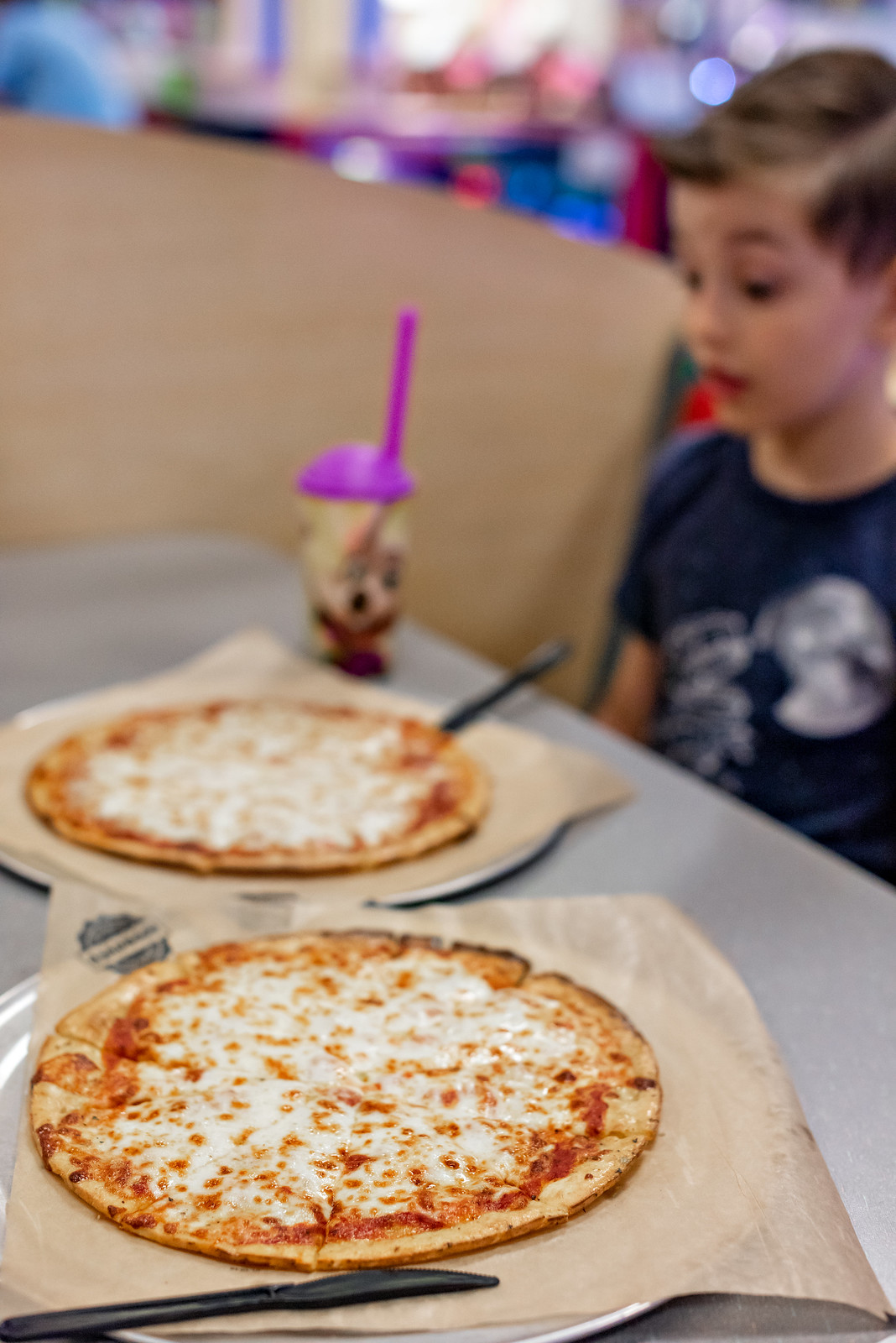 ** Offer valid on Super Cauli Crust pizza powered by CAULIPOWER only and does not include toppings. Valid at participating locations, while supplies last and expires 8/4/19. Limit 1 per transaction. An equivalent games purchase of 30 tokens is required in locations without Chuck E.’s Play Pass.

guide to visiting theme parks in the summer