**note: toddler in a serious mood, also needs a haircut **

Potty training.  Round two.  It is time to make a big push with potty training my 2 year old son.  He seems ready, but before we totally dive in, I want to be prepared.  With my daughter, who trained very easily, I was anti-training diapers.  They seem like a huge step back to me.  They may function a tad different than a diaper, but they still look and feel like a diaper.  Let’s call a spade a spade.  Things are a bit different with my son though, who I suspect will be a bit more difficult to train, so I’m creating a better option – cloth training underwear – that look like REAL underwear (because they are). 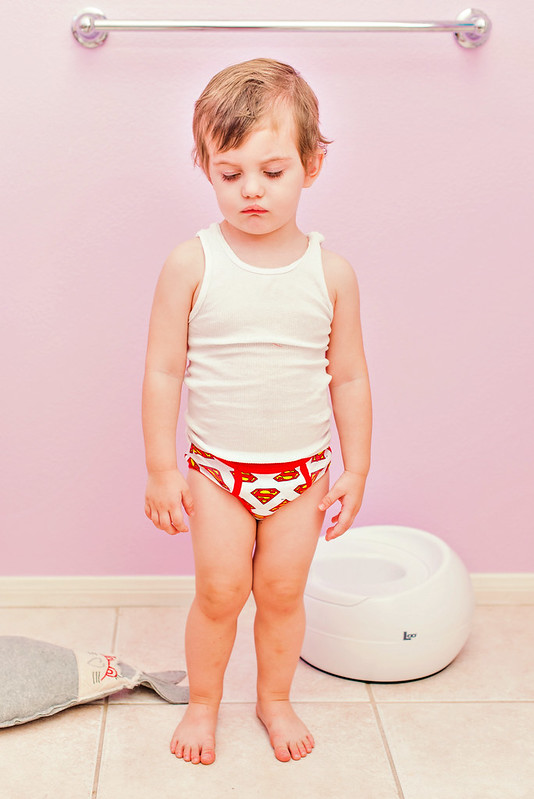 With my first child, I simply had her throw all of the diapers away and bought a stack of big girl underwear.  Cold turkey, I suppose, and it worked.  She never was much for getting dirty and the icky feel of wet underwear was all she needed to commit to the potty.  My son… well, he is all that is boy, WILD yet lazy and definitely doesn’t mind being a total mess.  He is covered in something every day – so will the wet underwear bother him?  We’ll see. 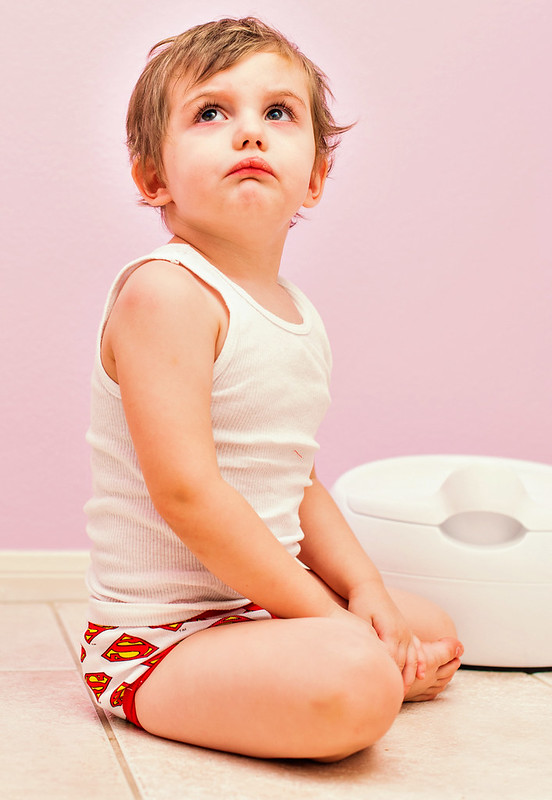 With our potties, board books, step stool, Zep Quick Clean Disinfectant and a whole lot of prayer, we’re mostly ready to dive in.  Check out my post on Potty Training Step One: Introduction a few days back to see how we originally introduced Gabriel to his potty.  I’ve heard boys are more difficult to train and part of why is their “specialized equipment”.  From a female perspective, training a boy is a bit foreign and totally frightening.  Thank GOD, he has a dad who is helping to teach him along with me. 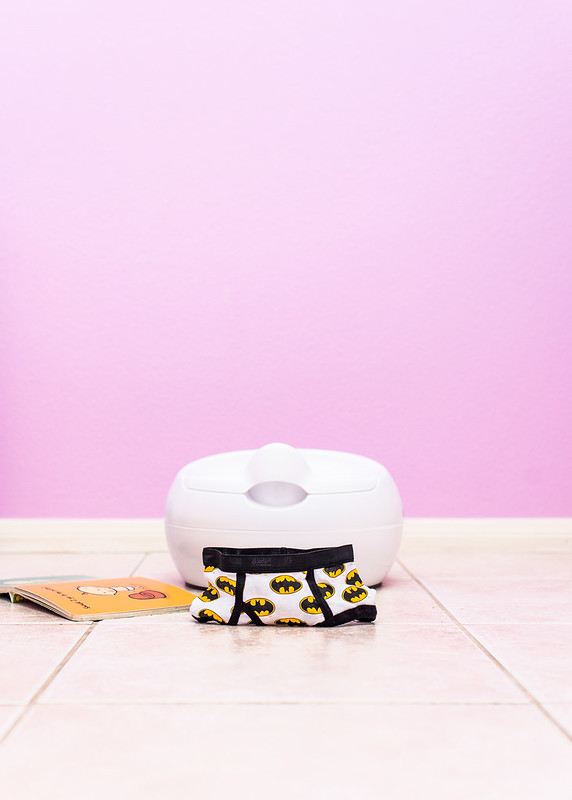 So far this first week of introduction, my biggest challenge has been getting Gabriel to aim while on the potty.  *cringe*  He is still shocked every time he actually pees and it, well goes everywhere.   *double cringe**  While we work on his ability to aim better, I’ve doubled up on my stock of Zep Quick Clean Disinfectant, one of my favorite cleaners, period.  I use it everywhere, but especially in the bathrooms and kitchens – places where germs and bacteria tend to get a bit scary.  Zep Quick Disinfectant kills 99.9% of bacteria so you can rest a little easier during potty training. 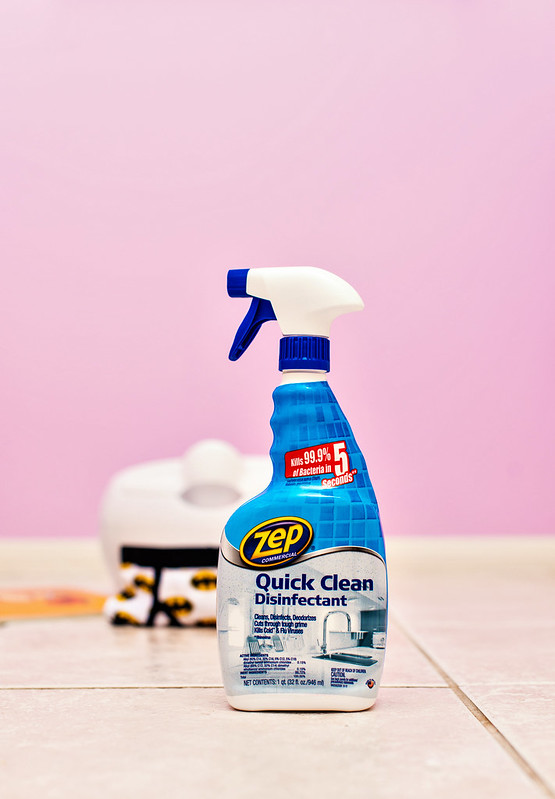 It is also back to school season, a.k.a. time for the entire family to get sick over and over and over again.  Zep Quick Clean Disinfectant is an effective virucide, kills rhinovirus and the flu virus, so perfect for the season.  It cleans, disinfects and deodorizes in just one step, I mean you can’t beat that with a wooden stick.  In addition to the kitchen and the bathroom, I also use this product on door knobs and light switches, anything that hands touch often. 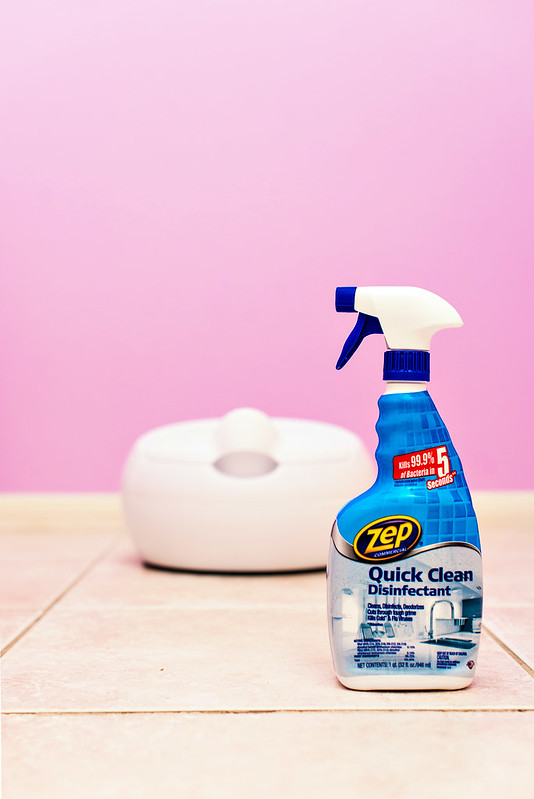 I know my son will need help getting through the night during potty training.  He holds it pretty well through naps, but the night, not as well.  It is important for trainers to feel that uncomfortable wetness, but the kid needs his sleep (as do I).  I refuse to use training diapers, so those are out.  DIY felt like the right place to go, but the tutorials I found just looked like cloth diapers.  Since we part-time cloth diapered, those didn’t feel like the right visual cue either.  I decided taking his regular underwear and adding a layer of wetness protection was the right move.  I already had a huge stack of cloth inserts so I grabbed those and experimented. 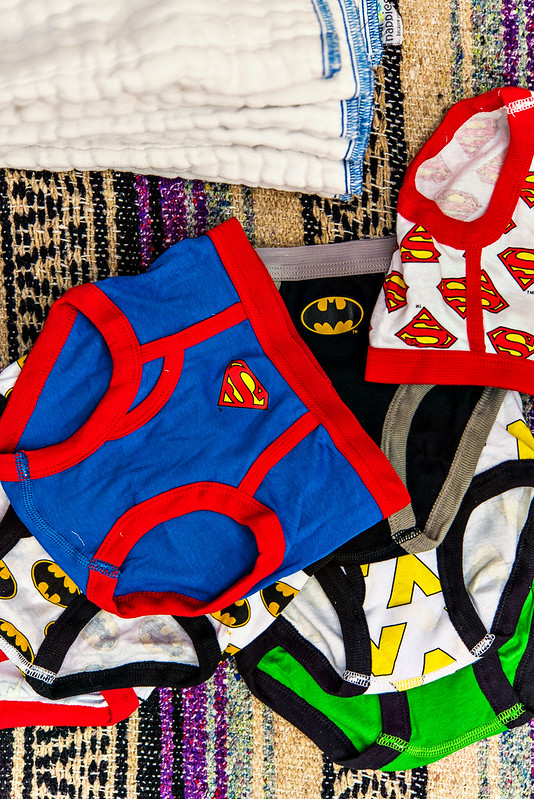 I used a brand of tri-fold prefold cloth diaper inserts I had a huge stack of.  The brand I used is Real Nappies, a brand from Australia, but you can use any you happen to have lying around.  Let’s note, I am no seamstress.  I can do basic projects but they never turn out perfect, which I am okay with.  For this DIY training underwear project, simply use your big boy/girl underwear to create a template.

I saw an existing tutorial online where only the middle third of the tri-fold was used, but after testing, I found it would be better to have a full back.  So, simply… 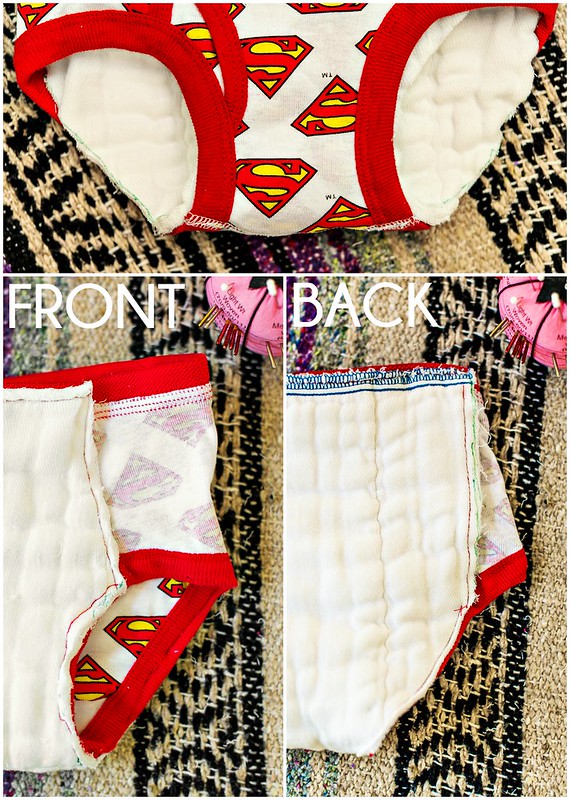 Oh, and get used to seeing Gabriel with this mid-2 year angst face… 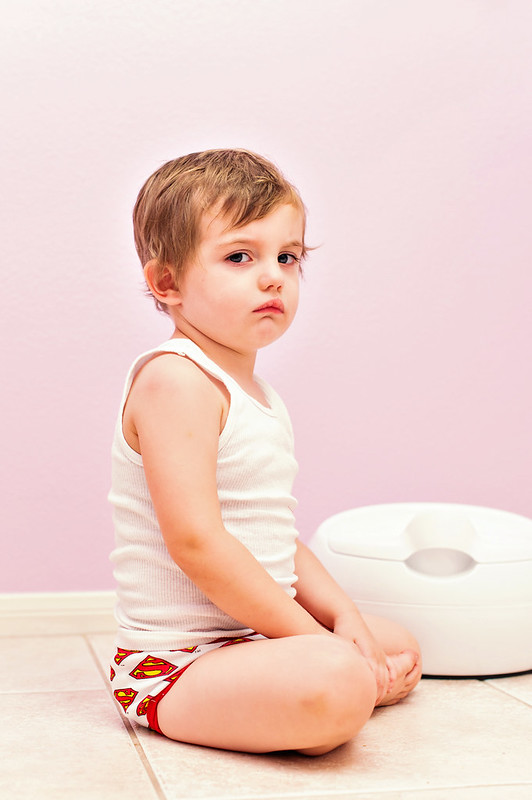 Any tips on potty training boys?