distracted driving and its results {our story}

There are moments that happen in a flash that define your life.  One such moment was when a yellow Italian sportscar flew up behind my stopped car and changed everything.  A split second and worlds collided, all because a girl needed to shoot out a text message.  According to the National Highway Traffic Safety Administration, of the nearly 33,000 roadway fatalities in 2012, there were 3,328 fatalities and approximately 421,000 injuries in distracted driving-related crashes.

On August 15, 2010 we (my husband, 3 year old daughter and I) decided to go see Despicable Me in the theater one afternoon.  On the way home we pulled into the turn lane to wait for the light, just feet away from our driveway.  My husband was driving our big SUV and we were at total peace, chatting with our little one about the movie when

We were suddenly on the opposite side of the street, stopped only by my husband’s firm foot on the brake and the curb.  In that instant my body, in seatbelt constraint, had snapped in half like a hinge onto the dashboard.  The seatbelt did not lock to restrain me and the airbag did not deploy.  I fractured the left side of my face and broke my nose.  Pain.  Confusion.  My daughter.  These were the immediate thoughts I had.  In the seconds following it was all my daughter and as I looked back at her safely secured in her Recaro car seat, relief washed over me and became euphoria.  In one instant I was happy I paid a little more for that carseat.

She was safe.  Her expression was only of confusion, and then it hit me.

The pain in my face was overwhelming.  I stumbled from my car, extremely confused and the people who approached me were a blur… concerned drivers came first and then the emergency help.  It wasn’t until I saw the crumpled up yellow Italian sportscar that I realized we had been hit by a car.  Up until that point I would’ve sworn a bomb had blown us up.  The searing hot pain in my face could not override my joy though when I saw my smiling 3 year old daughter walk over to me.  I could not believe how lucky I was.

I remember being in an emergency room waiting thinking it took to long to be seen, and then… not much. I remember overhearing why the accident happened — the driver was reaching and looking for her cellphone, which had fallen on the floor.  How important was that text message she needed to send?

The physical results were soft tissue damage, a fractured cheek bone and a broken nose.  Next came a rhinoplasty as my nose was healing crooked… meaning I had to have my nose broken again.  The amount of time I lost waiting for the initial break to heal, and then the second, was difficult and seemed very unfair.

What was 1000% worse than the physical repercussion was the emotional.  At the time I had a 1.5-2 hour commute to Los Angeles and Orange County.  Driving was a huge part of my life but after the crash I couldn’t get back into the driver’s seat…. or the passenger’s without having a complete panic attack.  The anxiety was unbearable.  I ended up getting a prescription for Ativan just to make the drive I had made a hundred times before.

Immediately after the crash my life changed.  I felt anti-social and jumpy.  I was riddled with anxiety, my hands were always shaking, my jaw always clenched.  It took me a long time to remember how to breathe.  Through daily exercise, yoga and eating very clean (oh and yes, Ativan) I slowly began to feel better and regain my life back.  It was a struggle.

That was back in 2010 and I’d like to say I’m 100% over it, but I’m not.  Four years later I still struggle with daily anxiety and I’ll never be quite as carefree as I once was. I often think back to the woman I was before and feel robbed.  The positives are that I take things for granted less.  Thinking back on the car crash, I am overwhelmed with the blessings I have received since, including watching my daughter grow to 7 and the addition of our sweet baby boy, Gabriel. 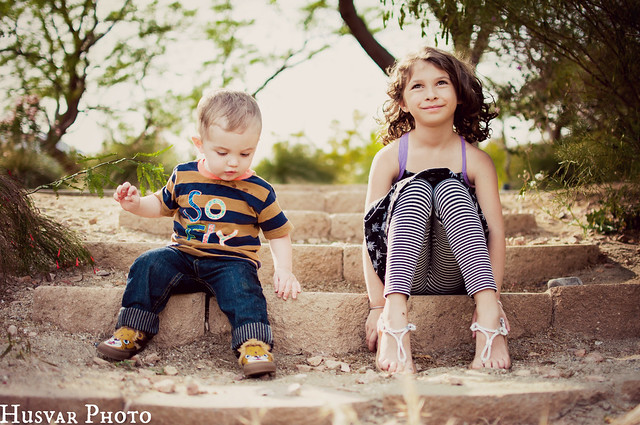 The lesson I learned that day?  Never drive distracted and watch out for others who are.  That text message or phone call or radio song… nothing is important enough to die over, and even worse, cause the death of another for.  The crash made me a better driver, albeit on-edge.  I watch everyone and drive defensively, and I certainly don’t pick up my cell phone when I’m in motion.  My hope is that the woman who was reaching for her cell phone, the one who crashed into me, that she feels the same. I hope that day was more than an inconvenience for her.

The American Academy of Orthopedic Surgeons has partnered with Auto Alliance to shine a light on the multiplying distracted drivers on the road today with the Decide to Drive campaign.  These orthopedic surgeons are the specialists who put bones and limbs back where they came from after tragic crashes and traumas.  Wouldn’t you rather keep those limbs intact and “decide to drive”?

You have the most sophisticated tools to avoid distraction-related crashes: your hands and your eyes.  USE THEM!  Next time you get in the car, Decide to Drive.  Make the commitment to yourself and others on the road and know that no text message or fast food burger is worth your life.

I was selected for this opportunity as a member of Clever Girls Collective and the content and opinions expressed here are all my own.

pool parties and whites {be unstoppable all month}

out of town bath routines {and soapy updos}

3 books to keep kids entertained in the car {holiday travel}

distracted driving and its results {our story}